While Kate Moss, Jamie Hince, Katy Perry and Russell Brand have been making Paris Fashion Week a rather romantic few days so far, there are lots of other celebrities also making the rounds to check out all the shows. Sophie Dahl and Daisy Lowe caught up at the Louis Vuitton show, while Sophie's man Jamie Cullum attended the afterparty alongside Freida Pinto and Zoe Saldana. Gossip Girl's Leighton Meester also flew over for the LV show, while Renee Zellweger attended the Miu Miu show alongside Leigh Lezark. Dita von Teese and Nelly Furtado sat front row at the Elie Saab show — Paris is definitely the place to be right now! 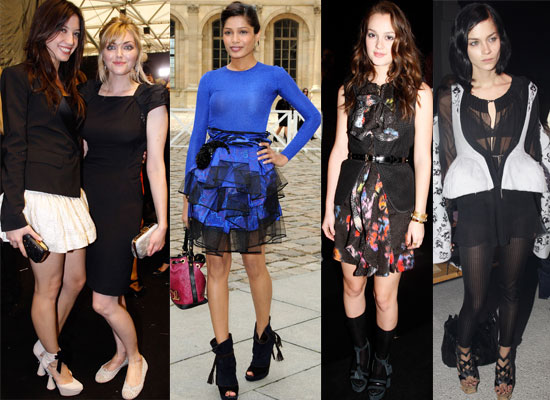