Spotted: Hilary Duff and Penn Badgley getting pretty passionate on the set of Gossip Girl in New York yesterday. These exciting pics from season three of the show couldn't come at a better time, as the first episode of the new series starts tonight on ITV2 at 8pm! Over the next few episodes we'll get introduced to Hilary's character, and we know that there's some more appearances coming up from Tyra Banks and Kevin Zegers, as well as catching up with all our favourite Upper East Siders! So tell me, will you be watching tonight? 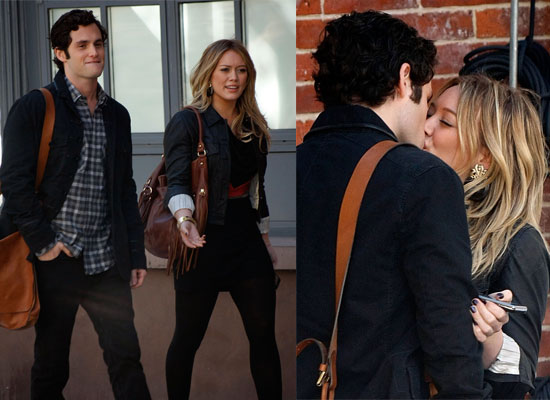