Josh Hartnett made an appearance at the opening night of the Pusan International Film Festival in South Korea, which is Asia's biggest film festival. He appeared alongside his costar in I Come With The Rain Lee Byung-Hun, which is included in the festival programme. After a little while laying low it was recently announced that Josh has scored the lead role in new movie Gunslinger, and when my girl Buzz polled her readers the majority were still interested in Josh's career. Are you? 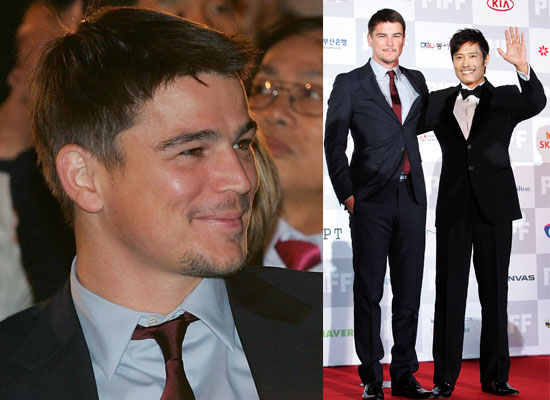