Jude Law has taken Hamlet from its successful run at the West End to a brand new domain — Broadway! Last night was opening night in New York for Jude and the cast, and he had some famous support in the audience including Sam Mendes and fellow Brit actor in NYC, Ed Westwick. Also in the audience was his Closer costar Natalie Portman, who didn't pose for photographers outside, rushing past them and into the theatre with a big smile on her face. New dad Jude looked smart at the afterparty, where he celebrated with his costars, and rightly so as the reviews have been mostly favourable so far! 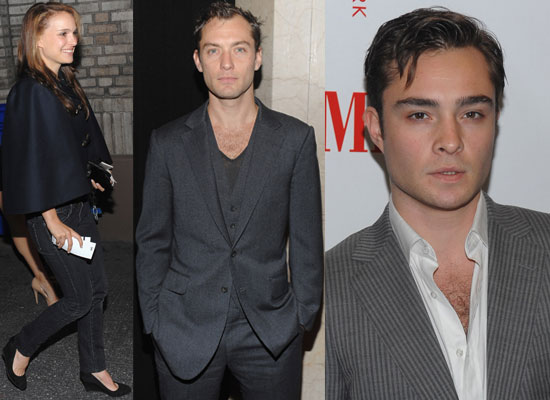