Kristen Stewart is looking gorgeous in this photo spread in the new issue of Interview magazine, as she starts to publicise the upcoming installment in the Twilight series, New Moon. In the accompanying interview she speaks out on the interest in her personal life, how the vampire movies have made her feel boring, graduating high school and more. Here are some extracts from her interview: 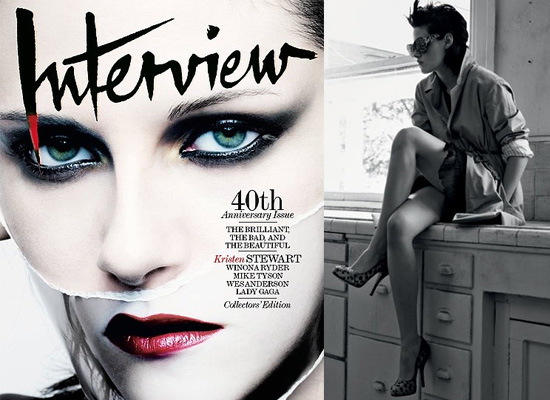 by Monica Sisavat 36 minutes ago