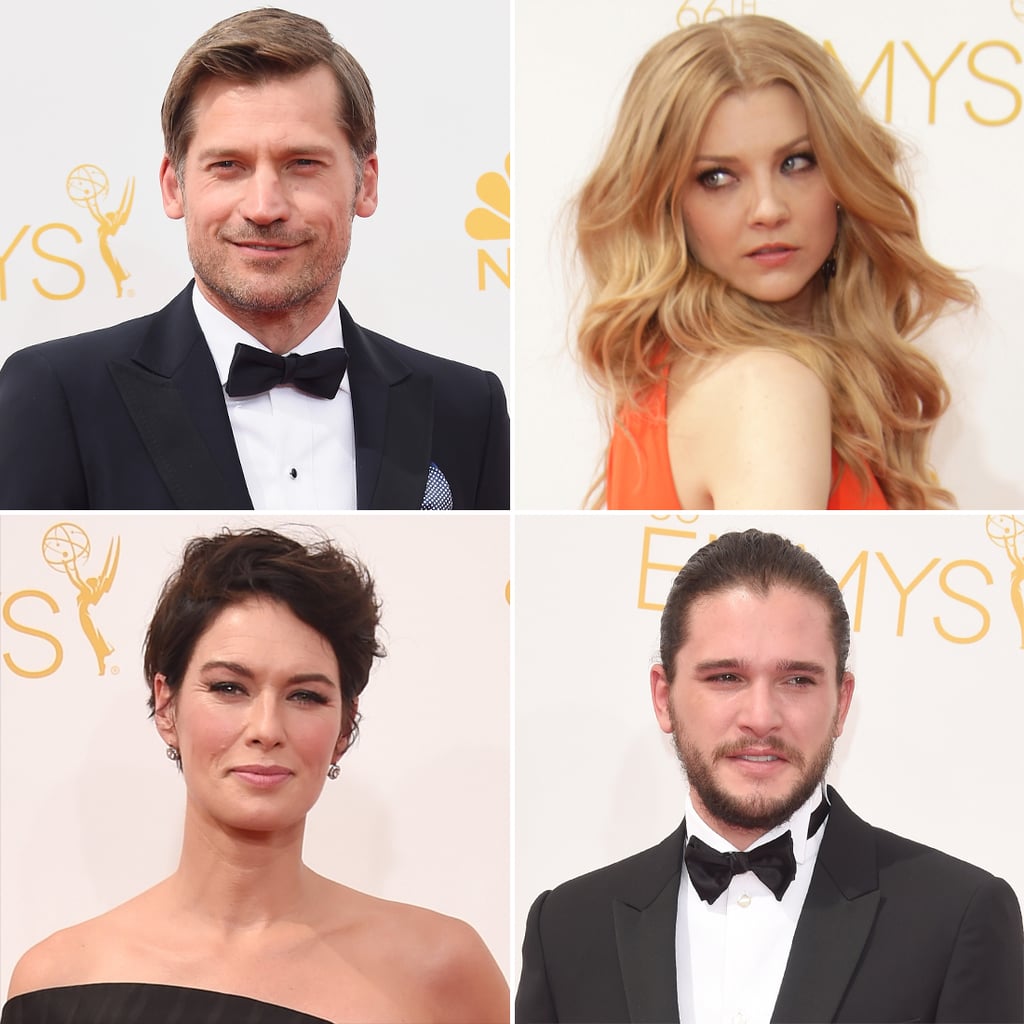 The Game of Thrones cast stepped out for the 2014 Emmy Awards on Monday, looking much more polished than we're used to seeing them! Kit Harington, who plays Jon Snow on the wildly popular HBO show, uncharacteristically pulled his long locks back into a bun, and even though we're used to seeing Lena Headey and Natalie Dormer in more royal threads, their red carpet looks made for a nice change. Game of Thrones is nominated for 19 Emmys tonight, so we're excited to see the results! Keep scrolling to see the cast's looks.