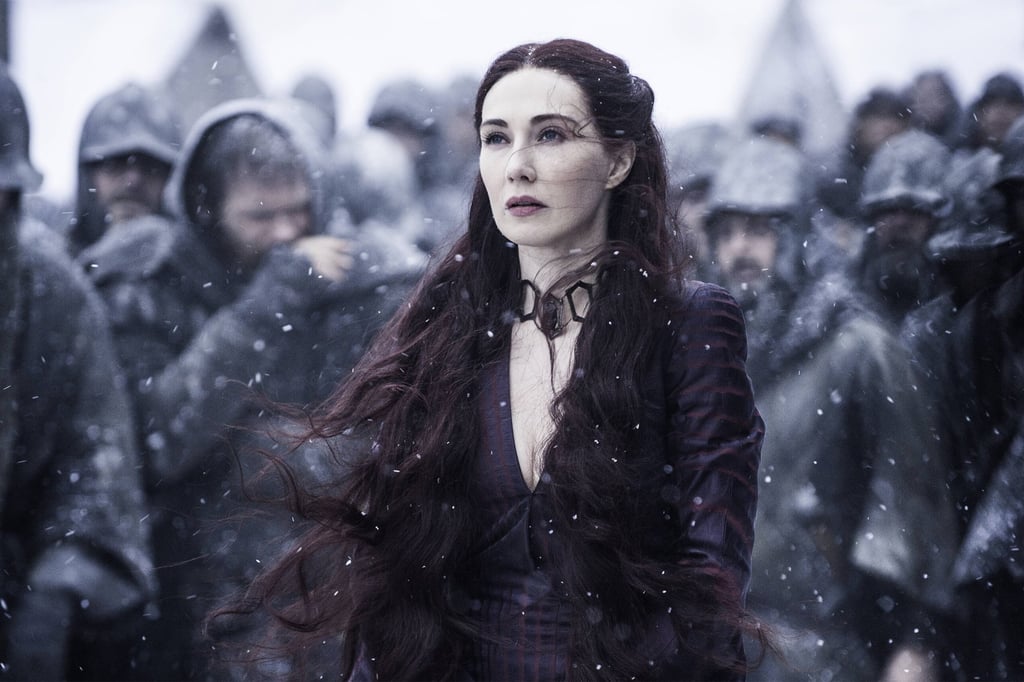 6 Game of Thrones Stars React to the Shocking Melisandre Twist

In addition to revealing whether or not Jon Snow is actually dead, the sixth season premiere of Game of Thrones delivers a major twist in the last few minutes of the episode: Melisandre is ancient. The redheaded priestess, played by the gorgeous Carice van Houten, strips out of her robe and takes off her glowing ruby necklace, transforming into a very, VERY old woman. "I was really happy when I read that we were going to reveal that this year. . . . It makes her immediately more vulnerable but also more wise and even more mysterious," van Houten told Entertainment Weekly. "That's why she was able to say, 'This is just a small war, it's all relative compared to the big war we're going to face.' [Her age] makes everything even more meta."

The whole reveal is shocking, to say the least, and fans aren't the only ones who thought so. Keep reading to find out how the cast of Game of Thrones reacted to seeing van Houten's intense old lady makeup and prosthetics and what they think this development will mean for the series as a whole.

British Celebrities
Nicola Coughlan Likens "Bridgerton" to "Love Island", asking "Can I Pull You For a Promenade?"
by Joely Chilcott 11 hours ago