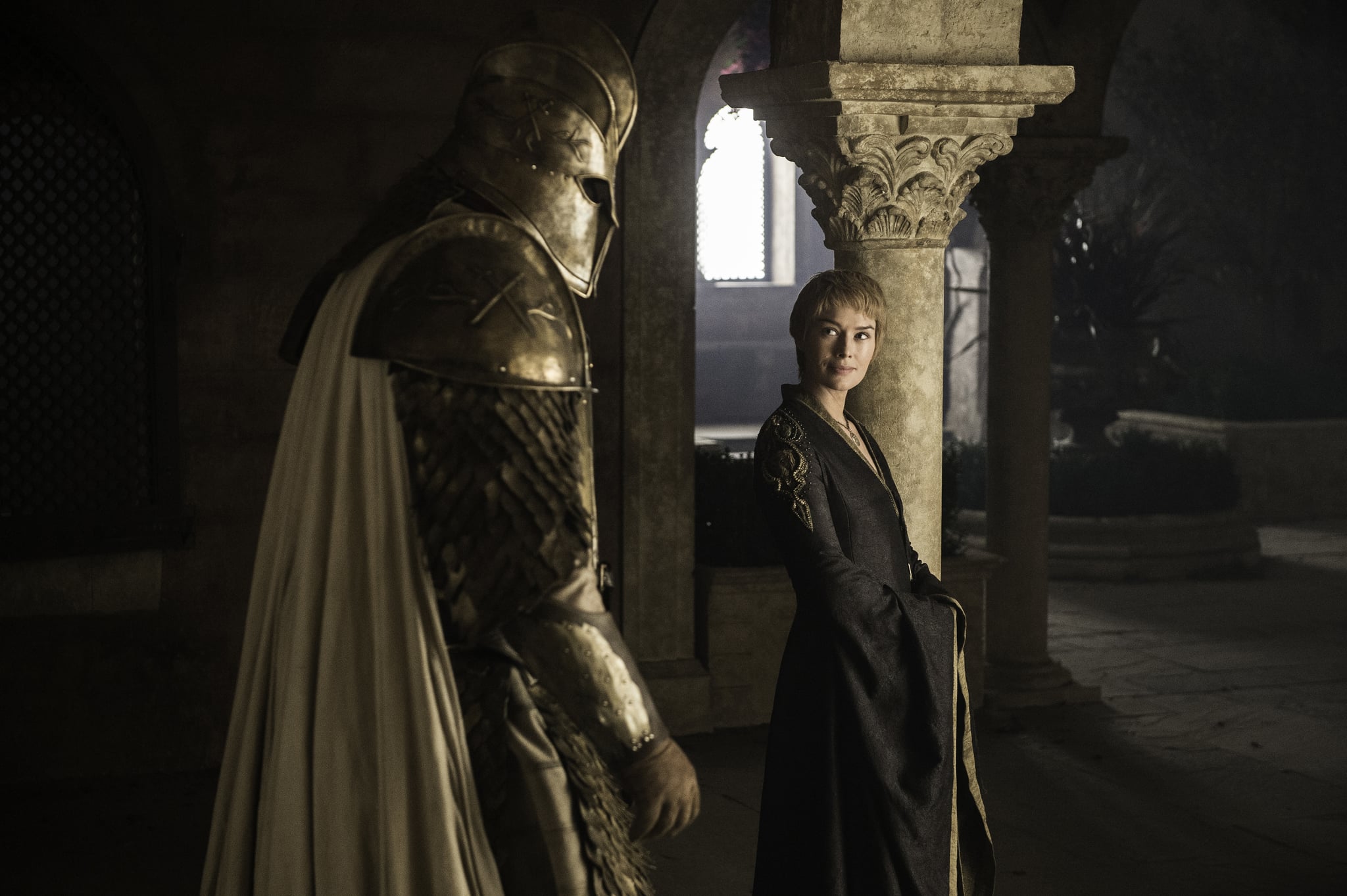 After Cersei Lannister shows her trump card (in the form of head-ripping, resurrected-zombie-guard the Mountain) during the eighth episode of Game of Thrones, season six, the High Sparrow gets wise and convinces King Tommen to outlaw trial by combat in Westeros. Now, instead of the highly anticipated Cleganebowl that fans expected in the trial for Cersei's life, she is set to appear in a traditional hearing wherein seven septons will determine her guilt in the eyes of the gods. If we know anything about Cersei, though, there's no way that she's going quietly.

After a few cryptic moments in the episode, one specific theory about Cersei's method of putting up a fight has risen above the rest: thanks to some scheming with ex-maester Qyburn, it's likely that she'll be fighting with literal fire sometime soon.

What Were the "Rumours" That Qyburn Investigated?

After her confrontation with the Faith Militant and Tommen's announcement about banning trials by combat, Cersei and her creepy homeboy Qyburn have a little chat. When Qyburn informs her that he's had his little birds investigate "the old rumour" that Cersei had told him about, she asks: "And? Is it just a rumour, or something more?" When Qyburn cryptically replies "More . . . much more," it got the wheels in many a Game of Thrones fans' heads turning.

Cersei has experience with the pyromancer's guild in King's Landing and a thorough knowledge of the crown's history, so it's very likely that she is aware of the "old rumour" that the Mad King Aerys stocked barrels of magical wildfire in tunnels beneath the city — including, most notably, a large cache beneath the Sept of Baelor, where the High Sparrow and his armed cronies have set up their cult-like Westerosi version of Bible camp.

Because Qyburn's "little birds" are revealed to be poor children, this would be a relatively easy rumour to investigate — who would question a dirty kid from Flea Bottom rummaging through the sewers and tunnels in the city? And, like we saw in Bran's flashback visions Beyond the Wall, the stories about wildfire stored beneath the city are very much true . . . which backs up Qyburn's assertion that the wildfire is "much more" than a rumour.

Proof That Cersei Is About to Get Fiery

Later in the episode, Cersei's brother-lover, Jaime Lannister, has a vaguely threatening heart-to-heart with the captive Lord Edmure Tully. When Jaime describes the similarities between Edmure's sister, the late Catelyn Stark, and his own sister, he equates their love for family: "It's a fierceness you don't often see. They'd do anything to protect their babies . . . start a war. Burn cities to ash." This isn't the first time that Cersei has been mentioned in connection with burning cities, either; she states the fact herself three separate times throughout the show.

Tommen, whose safety Cersei has already expressed fear for, announces that Cersei and Loras Tyrell's respective trials will be held on the first day of the Festival of the Mother at Baelor's Sept. It seems, based on her frequent assertions that she would burn cities to the ground before letting harm befall her children, that Cersei would not hesitate to take advantage of the wildfire stock beneath the sept to eradicate King's Landing of religious zealots whom she sees as threats to Tommen's crown (and sanity).

Based on the Battle of the Blackwater, when Tyrion successfully fought off Stannis Baratheon's forces in season two, we know wildfire to be a tumultuous and highly dangerous substance that is nearly impossible to extinguish. Cersei, who has demonstrated her hotheadedness in the past, might not grasp the danger of unleashing wildfire within the walls of King's Landing — a move which, though effective, could result in the death of her last living child, fulfilling the childhood prophecy which she has so desperately tried to avoid.

Will Cersei send Baelor's Sept (and the High Sparrow's crowd of devotees) up in smoke instead of standing trial? It certainly seems that way. Our belief in this theory burns strong . . . just like wildfire.