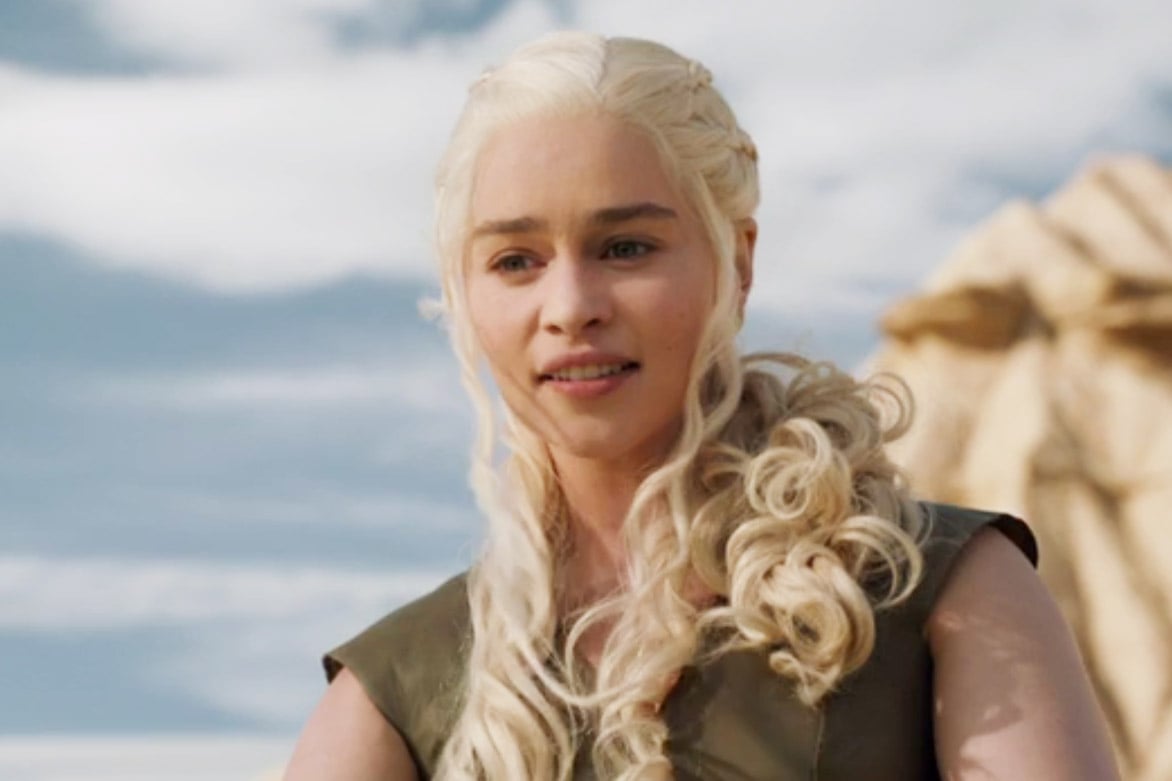 If Game of Thrones fans can agree on anything, it's that Daenerys Targaryen kicks ass. The Mother of Dragons (amongst many other names) is a phenomenal conqueror of regions, but a new theory states that her ability to win over kingdoms might spell trouble for Westeros — here's why.

Dany gives an incredible speech at the end of "Blood of My Blood," telling her khalasar that each and every one of them are her Blood Riders, and that together they will take charge of the Seven Kingdoms. It's exactly what we've been waiting to hear from her for the past six seasons, and she finally has the army to back up her plans. In the "Inside the Episode" after season six, executive producer David Benioff confirms that Dany's pursuit of Westeros is "something that's been set up for quite some time, and now we're seeing it come to pass." Start watching at 3:25:

So our khaleesi is finally going to do this thing! She'll bring peace to Westeros and end slavery forever! What could go wrong? Well, nearly two years ago, Reddit user CongressmanX proposed a frightening theory: Dany could follow in the steps of her father, the Mad King.

"The more I read the books, the more I am convinced she is turning crazy like daddy. I am noticing that she is objectively written like those completely crazed out and murderous Targaryens of old. Yet George managed to write her in a way where people think she is the hero. This was a neat trick. One of the most evil characters presented doing lots of murdering and other cruel shit yet he managed to make people (especially show only) love her and consider her a saviour."

Oh . . . no. While CongressmanX is referring to the A Song of Ice and Fire series, the sentiment holds true for the TV show as well. Dany has created a lot of collateral damage on her way to the throne, and she does have crazy blood in her veins. Just a few episodes ago, she burns a ton of khals alive. Sure, they're threatening to rape her, but that behaviour is also pretty normal in their culture. (I cringed writing that, but it's true.) Now, she's about to come charging into Westeros with a huge group of bloodthirsty Dothraki soldiers. While it might mean Dany has a good chance to fend off the White Walkers when Winter finally comes, it definitely spells trouble for the Lannisters, Starks, and basically everyone whose name isn't Targaryen.

So, is Dany, our khaleesi, our Breaker of Chains, our Queen of the Andals and the First Men, actually the villain of Game of Thrones? While the idea is almost too much to bear, it does make sense.