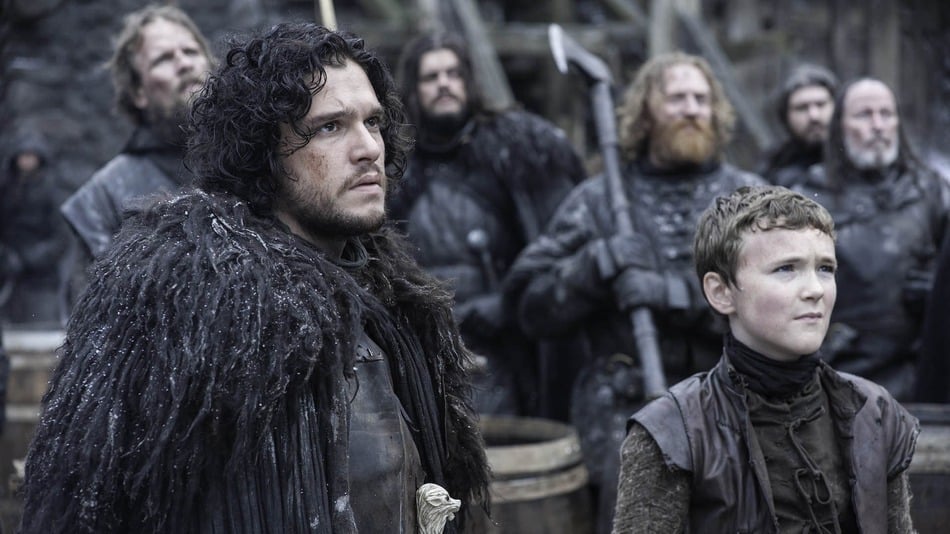 The second episode of Game of Thrones season six contains a virtual treasure trove of important details about the future of the series, including details about Lyanna Stark, drama in the Iron Islands, and a long-awaited resurrection. Despite all that, one of the best scenes in "Home" doesn't concern what's coming next to Westeros but rather something that already happened.

In the scene where Bran and the Three-Eyed Raven travel back to Winterfell, they come across a happy moment between the Stark children. A young Ned is trying to teach his little brother, Benjen, how to properly sword fight in the courtyard and tells him, "Keep your shield up, or I'll ring your head like a bell." You know who else is fond of that same saying? Jon Snow. We hear Jon say the same exact thing to that murderous turd Olly when he's training him at The Wall in season five, which must mean Ned uttered it quite a bit to Jon while raising him. Regardless of whether or not we find out Lyanna and Rhaegar are Jon's biological parents in the third episode, it's clear that Ned and Jon shared a special connection. Check out the scene below, and then see what Kit Harington had to say about the episode's big twist.