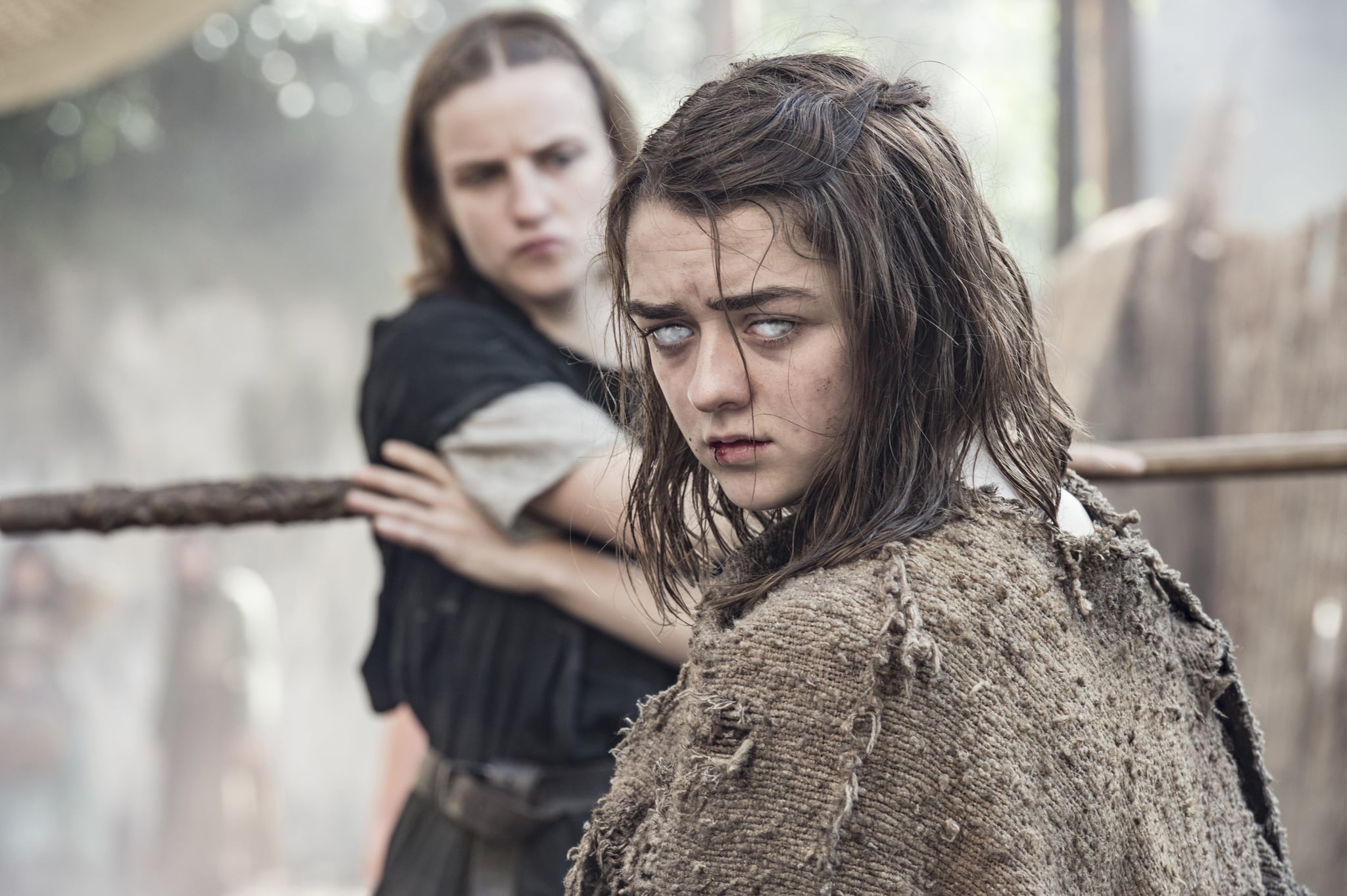 It feels like so long ago that Arya Stark, still tomboyish and innocent, met for "dancing lessons" with Syrio Forel in King's Landing. Since her last water dancing (Braavosi sword fighting) lesson with Syrio, Arya has traveled across Westeros and beyond, eventually ending up at the House of Black and White in her teacher's home country of Braavos. The Game of Thrones season six premiere features Arya, broken, blind, and alone, being beaten on the streets by a fellow acolyte of the Faceless God — yet there's an intriguing connection between her past and present that you probably missed.

Before the Waif (Arya's fellow servant at the House of Black and White) begins the beating, she twirls two wooden staffs exactly like Syrio Forel twirled his wooden "blades" during his water dancing lessons with Arya. Noted by an observant Reddit user, this makes total sense — Syrio hails from Braavos, the home of the Faceless God, where the traditional fighting style happens to be the water dance.

While this similar fighting move could be purely coincidental, many believe that this could be a deliberate hint about Syrio's true identity. His most famous line ("What do we say to the God of Death? Not today!") explicitly references the deity whom the Faceless Men serve, and Syrio's death is never actually shown on screen. Could he, in fact, be a Faceless Man? We know that these servants of Death can change their appearance to do his bidding, so it's not out of the question that Syrio could simply appear as the Waif. If this is the case, these beatings are more than a cruel punishment being paid to Arya for stealing from the God of Death . . . they're Syrio continuing his lessons with her, teaching her how to fight with brand-new obstacles.

Even if this theory doesn't prove true, the similarity between Syrio and the Waif's fighting styles is a sweet wink back to Arya's happier past. Since she walked away from her lessons with Syrio bold and independent, this new stage of her training may impart even more skills and passion that'll allow her to finally check those names off her kill list!