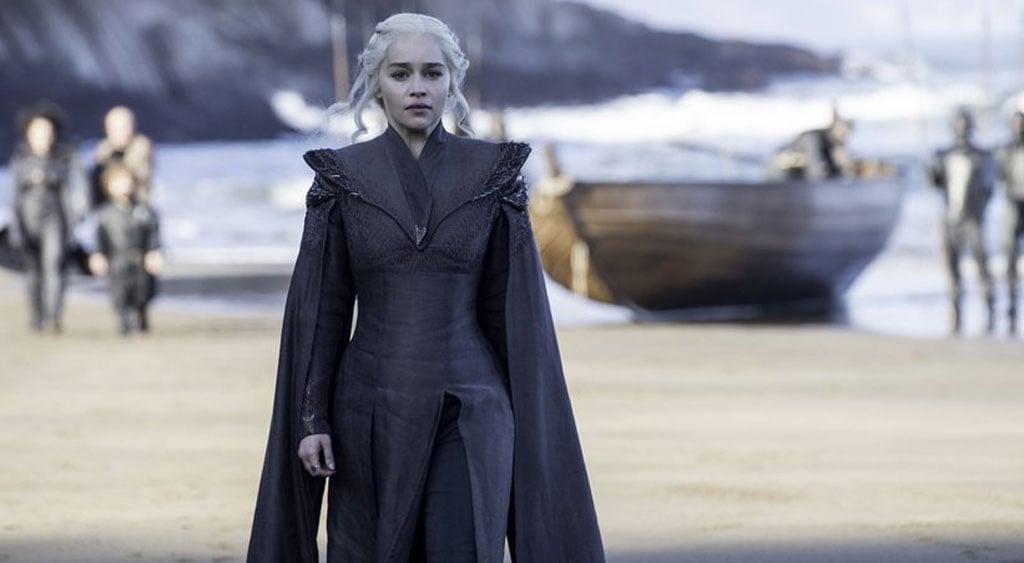 A clash of epic proportions is coming to Game of Thrones. In Time's June cover story about the upcoming seventh season of the fantasy drama, there are subtle rumblings about a monumental battle that will go down at some point throughout the season's seven episodes, and it sure sounds like it's going to rival the epic season six Battle of the Bastards between Jon Snow (Kit Harington) and Ramsay Bolton (Iwan Rheon).

Writer Daniel D'Addario travelled to the show's Belfast set to interview some of the cast and watch a few scenes being filmed, and while describing his visit, he writes of seeing "a battle whose sheer scope, even before being cut together with the show's typical brio, dazzled me." D'Addario doesn't mention who is fighting in particular or where exactly the showdown will take place, but he notes that "Thrones has been promising this clash all along, and when the time comes, the internet will melt." Though he doesn't specify that Daenerys Targaryen (Emilia Clarke) is one of the characters fighting in the battle, we have a sneaking suspicion that the clash to end all clashes will involve her.

D'Addario focuses a lot of the story on Clarke, whom he watched ride a mechanical rig around the set 40 feet in the air while filming scenes where she'll be on the back of one of her dragons. He even opens the feature with the line, "The battle for Westeros may be won or lost on the back of a lime green mechanical bull." Knowing that Clarke is filming more scenes with the dragons isn't a confirmation that Dany will be leading soldiers into war, but there are a few scenes from the season seven trailers that suggest she'll be at the heart of a major battle.

For one, Jaime Lannister (Nikolaj Coster-Waldau) is riding a horse across a field that looks like it saw the wrong end of some dragon fire. Could the end of season seven see Daenerys overthrowing Cersei in King's Landing? Although Cersei has certainly proved herself to be a formidable opponent in the game for the Iron Throne, we strongly suspect Dany will go up against someone even icier than the Lannister matriarch.

There's a highly convincing theory about Daenerys's fate that suggests the Targaryen heir will abandon her dreams of ruling the Seven Kingdoms in order to fight the Night's King and White Walkers. Based on the visions she has in the House of the Undying, there are hints that suggest Dany will die fighting the White Walkers beyond The Wall and reunite with the late Khal Drogo and her son in the Night Lands (the Dothraki afterlife). These are the same visions that foretold the truth of Jon Snow's parentage (which was confirmed in season six), so the theory does hold a bit of sway. Although we'd love to see Dany reign as Queen of Westeros, there's also no one we'd trust more to take down the Night's King.