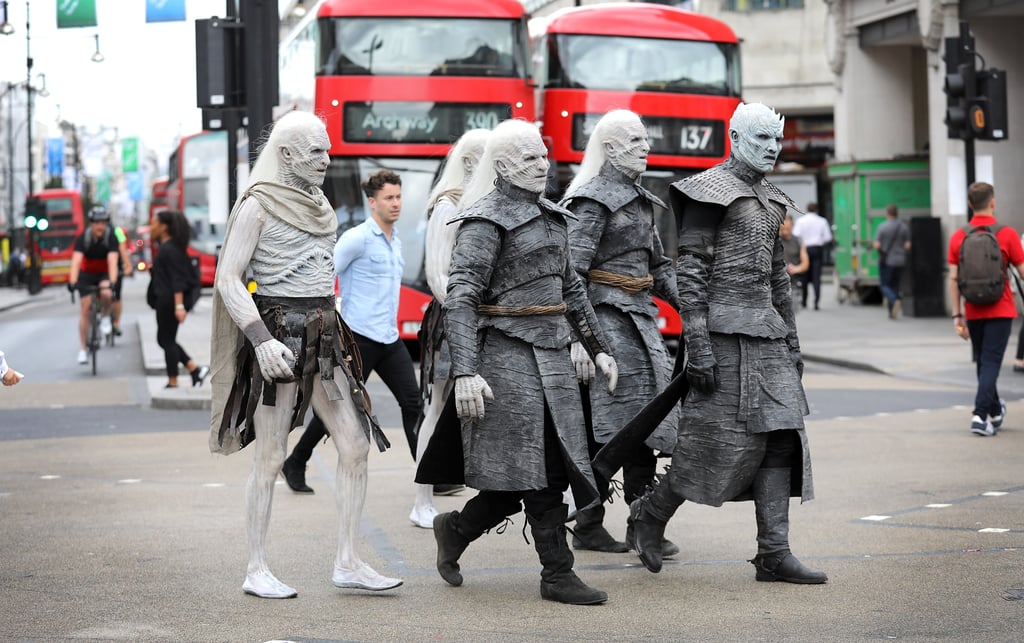 White Walkers: they want to destroy the Wall, all of humanity, and hey, just take a holiday to London. The terrifying Game of Thrones characters took a break from horrifying Westeros on Wednesday morning to play tourists in the city. The Night's King and some of his frozen cronies rode around on horseback, popped by Tower Bridge, window-shopped at the Nike store, and even made sure to pay their respects to the queen, posing for a few group photos in front of Buckingham Palace.

With temperatures going up to 21 degrees in London, we can't imagine how hot it must've been for the guys under all of those layers of prosthetics. Each actor endured four hours of makeup before setting out on the city to ensure they looked exactly like the icy Game of Thrones creatures, and it's safe to say they nailed it.

The show's seventh season might not premiere for another few days, but it sure looks like Winter is already here.