UPDATE: A spokeswoman has confirmed the split, but gave no further comment. 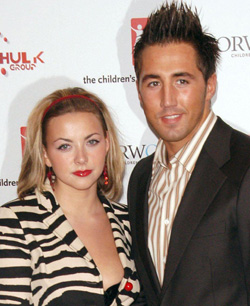 Charlotte Church and Gavin Henson announced their engagement earlier this year, but now they've reportedly split up after five years together.

Charlotte is expected to keep their home in Wales, while Gavin will move close by so he can still see their two young children Ruby and Dexter.

Ruby was born two years ago, and the couple announced they were expecting again in June last year. Charlotte gave birth to Dexter in January.

While Charlotte is currently in the UK working, Gavin is on holiday in Benidorm.