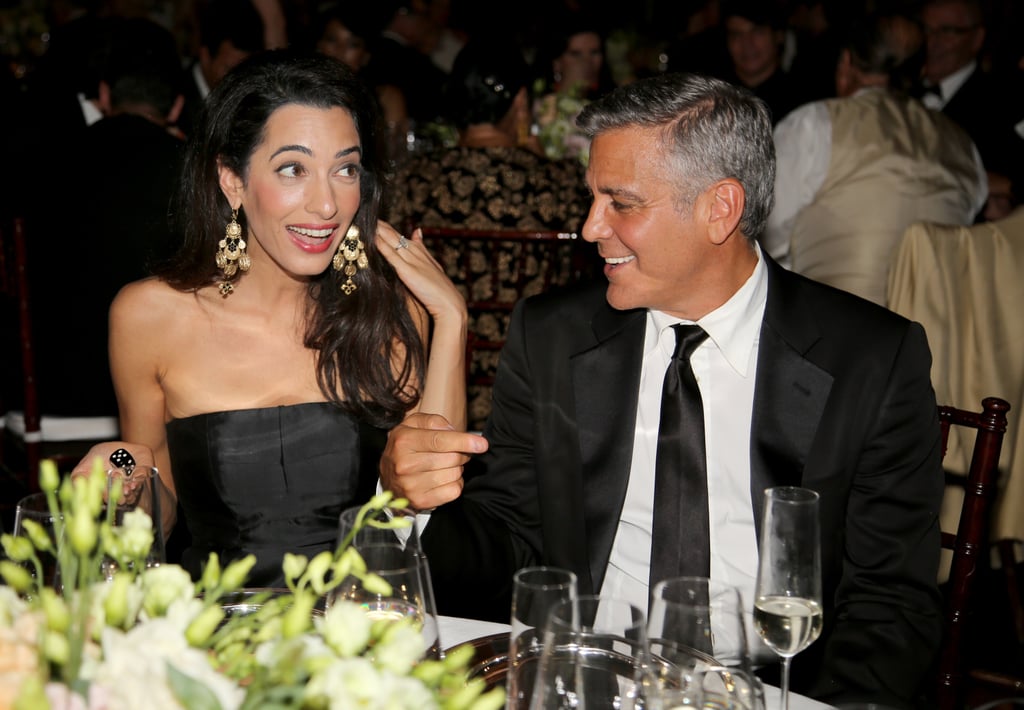 George Clooney was so excited after walking his first red carpet with fiancée Amal Alamuddin, he clued everyone in on when and where they're getting married! It all happened when George took center stage to accept the humanitarian award at the Celebrity Fight Night in Italy Gala in Florence, Italy, on Sunday. "I met my lovely bride-to-be here in Italy, whom I will be marrying, in a couple of weeks, in Venice, of all places," he said. George headed back to his table after his revealing speech, and the couple laughed and smiled at each other throughout the remainder of the night.

George and Amal's journey to the altar reportedly started in late 2013. It wasn't long until news about their engagement emerged in April, after which we learned all about the woman who changed George's bachelor ways. Although the couple held their engagement party in May, they haven't rushed their nuptials, instead opting to enjoy their Summer together before tying the knot. Most recently, they showed sweet PDA during a dinner at Lake Como. Keep reading to see their new pictures!