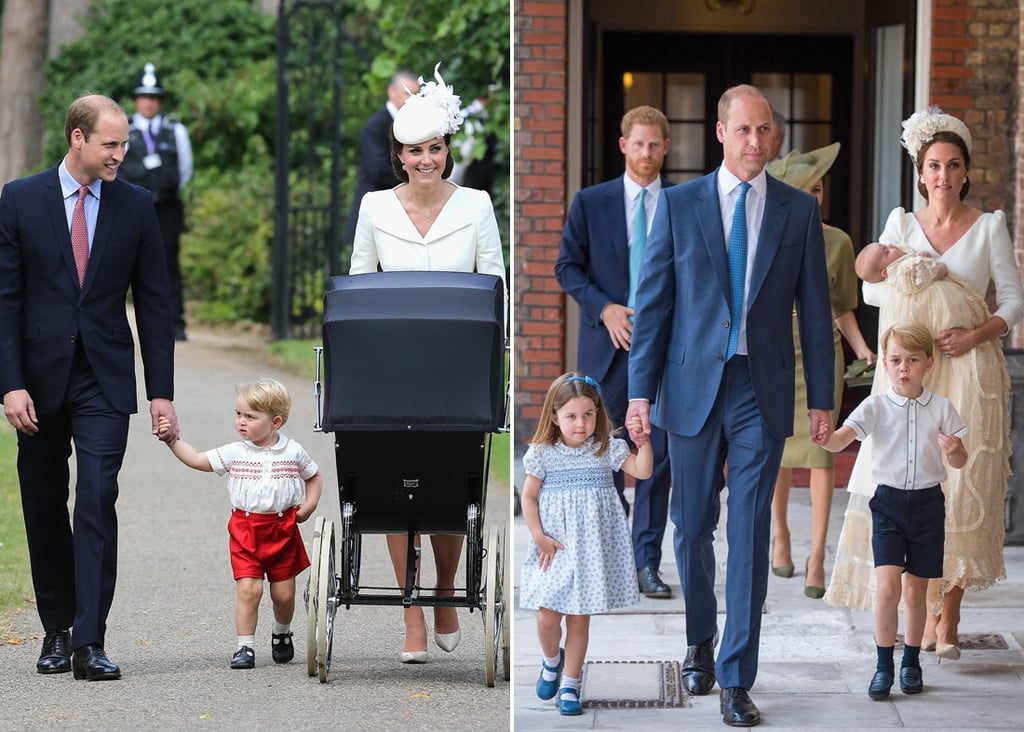 Prince Louis's christening took place at the Chapel Royal on the grounds of St. James's Palace on July 9, and it was a royal affair for the entire family. While Queen Elizabeth II and Prince Philip weren't in attendance, the event did bring out Prince Harry, Meghan Markle, and Kate Middleton's siblings, James and Pippa. While we can't get over the adorable photos of Louis, there were also a few similarities to Prince George's and Princess Charlotte's christenings. In addition to Louis wearing the same outfit as his older siblings, the ceremony was also at the same place as George's christening in 2013. See how the royal christenings compare ahead.