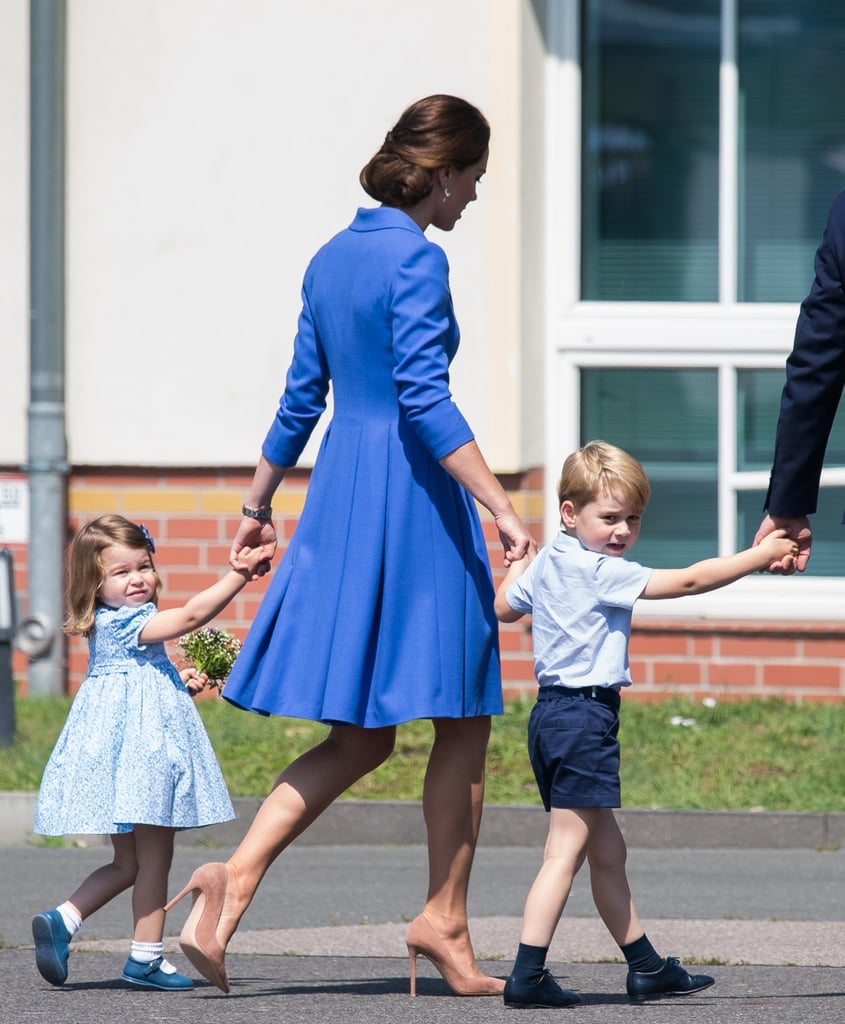 Prince George and Princess Charlotte have only been on the planet a handful of years, but they've already got this royal tour thing down pat. The British royal family is currently in the middle of their official visits to Poland and Germany, and not only has Charlotte proven that she can rock the hell out of her Uncle Harry's hand-me-down shoes, but she also had a very big milestone: her first diplomatic handshake. George, on the other hand, has shown off his adorable curiosity by peeking out of airplane windows, and we even got a glimpse of his signature unimpressed face when he touched down in Berlin on Wednesday. At this rate, we're expecting many more sweet moments in the days to come.