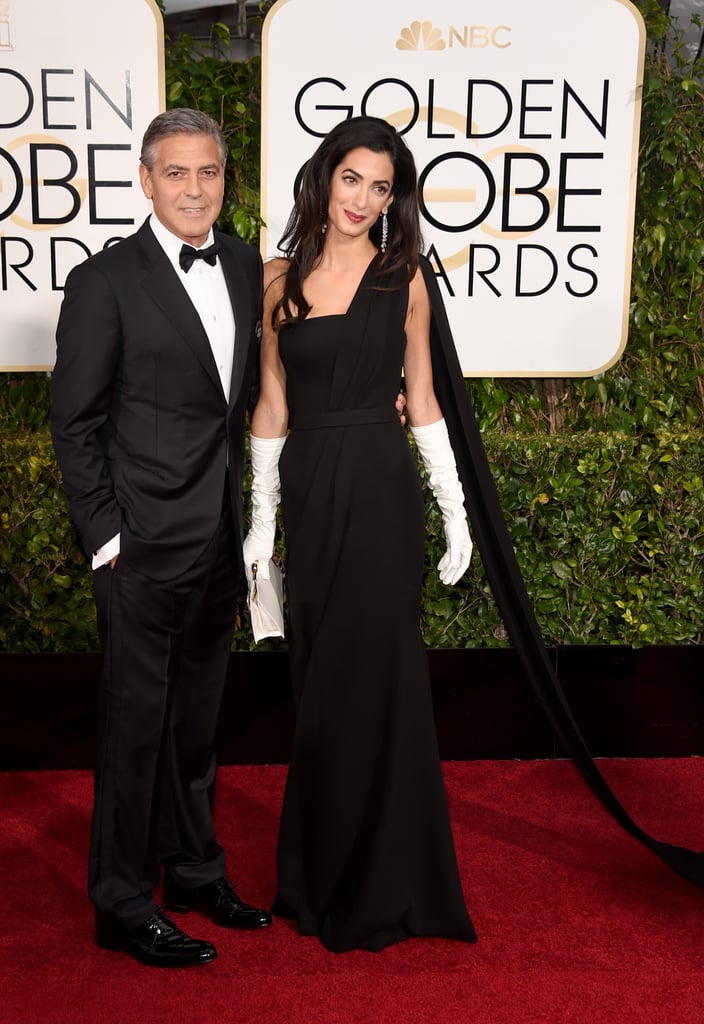 George Clooney arrived in style for the Golden Globe Awards in LA on Sunday. The actor was joined by his stunning wife, Amal Alamuddin, who made her first-ever award season appearance in a gorgeous black Dior Haute Couture gown with her own opera-length white gloves. The couple was all smiles while posing for photos together, and during an interview, George revealed that he was doing whatever he could to keep Amal's dress train "from getting stepped on." George will be hitting the stage tonight to accept the Cecil B. DeMille Award in celebration of his work both in front of and behind the camera; he'll be honoured with the trophy by none other this his former ER costar Julianna Margulies, whom he has remained close friends with since he left the medical drama in 1998.

George and Amal's red carpet debut comes after the couple rang in the New Year in Mexico with their good friends Rande Gerber and Cindy Crawford, who were also on hand with them at the Globes. It was likely a relaxing end to a busy year for the pair, who made headlines with their lavish Italian wedding in September, shortly before Amal earned the top spot in Barbara Walters's 10 most fascinating people of 2014. Keep reading for more photos of Amal's first time at the Golden Globes, plus all the pics of George's big night.