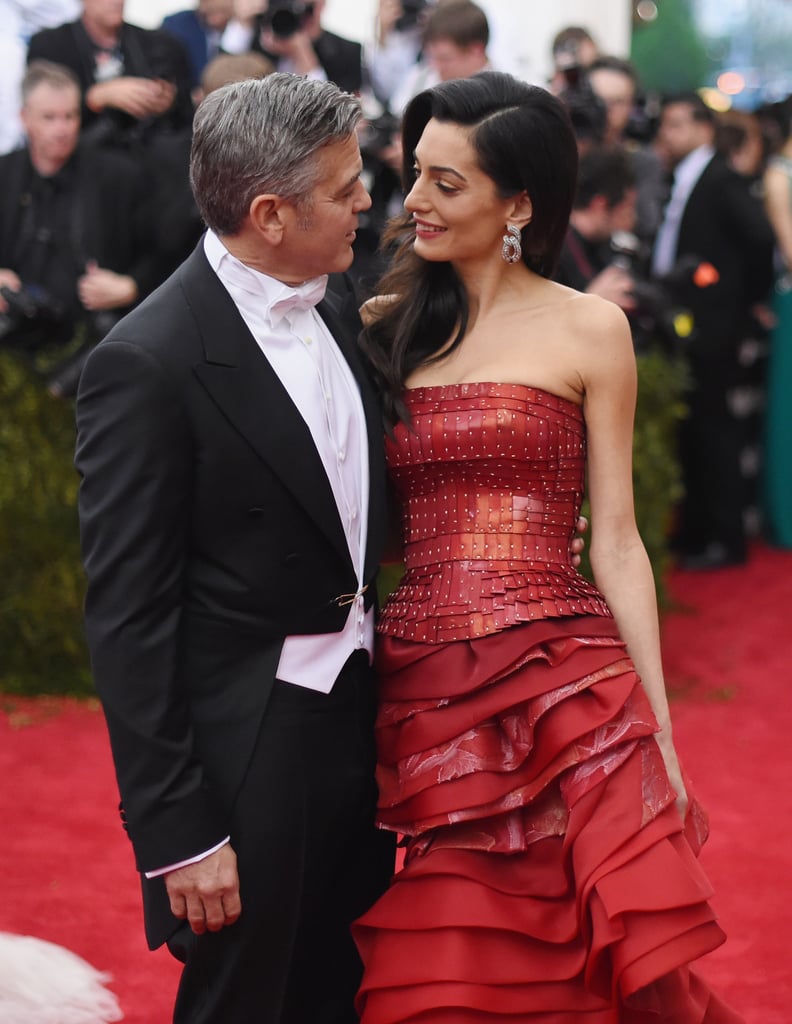 George and Amal Clooney are one of the biggest couples in Hollywood, but they are also incredibly private people. While they usually shy away from talking to the press about their love, the actor made a sweet exception when he recently sat down with The Hollywood Reporter at his Lake Como home. Aside from gushing about his relationship with Amal (including revealing the romantic way he proposed), he also opened up about his newborn twins, Alexander and Ella, and how fatherhood has changed him. Amal also revealed a few tidbits about their life together, and it all sounds so wonderfully normal. See their best quotes ahead.