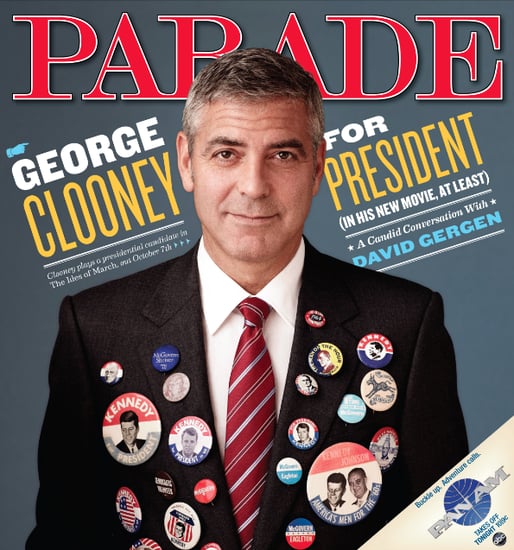 George Clooney is on the cover of Parade Magazine's upcoming issue, and inside the weekly, he opens up about aging on screen and his latest film, The Ides of March. George served dual roles on the movie, directing and costarring opposite Ryan Gosling. He's been traveling to promote the film for months, most recently hitting the Toronto Film Festival, where he had his new girlfriend, Stacy Keibler, by his side. George's relationships have always garnered media attention, but in his interview, he insists he hasn't talked about his love life publicly "in 15 years." Here are some more highlights: