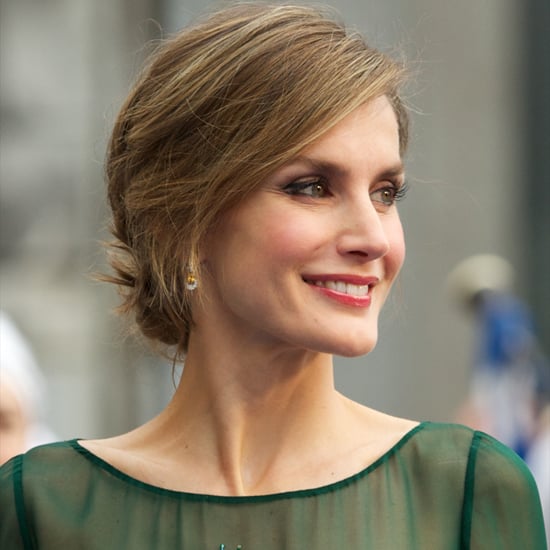 Get to Know Spain's Soon-to-Be Queen

With King Juan Carlos I of Spain's abdication, 46-year-old Crown Prince Felipe's coronation will take place on Thursday alongside his soon-to-be queen, Crown Princess Letizia. The 41-year-old princess has been part of the Spanish royal family for just over a decade, and as she prepares to be queen, we're taking a look back at her pre-princess days. Like England's Kate Middleton — who's drawn more than a few comparisons to Princess Letizia — the Spanish princess was born without royal ties. Her father, a journalist, and her mother, a nurse, divorced in 1999. She's the oldest of their three daughters, and her youngest sister sadly passed away in 2007.

Before she wore a crown, Princess Letizia built up quite the impressive résumé. After attending a public high school in Madrid, she earned a bachelor's degree and a licentiate's degree in sciences of the information, a form of journalism, at the Complutense University of Madrid. She also received her master's degree in audiovisual journalism, working at a variety of publications and networks before she became a morning news anchor for one of Spain's most popular programs. As a journalist, she broadcast live from NYC following the 9/11 attacks, and she was promoted to an evening news position in 2003, a job she left months later, just ahead of her royal engagement.

Before Princess Letizia met her prince, she was in a long-term relationship with Alonso Guerrero Pérez, a teacher and journalist, and they got married in 1998 after 10 years of dating. The pair divorced in 1999, and Letizia met her prince in 2002 while she was on assignment, covering an oil spill for the news program. Prince Felipe's proposal was announced a year later, in November 2003. They wed in May 2004 at the Cathedral Santa Maria la Real de la Almudena in Madrid, later welcoming two daughters: Princess Leonor, born in October 2005, and Princess Sofía, born in April 2007. Keep reading to see Princess Letizia through the years, including memorable moments with Prince Felipe and sweet snapshots of their two daughters.