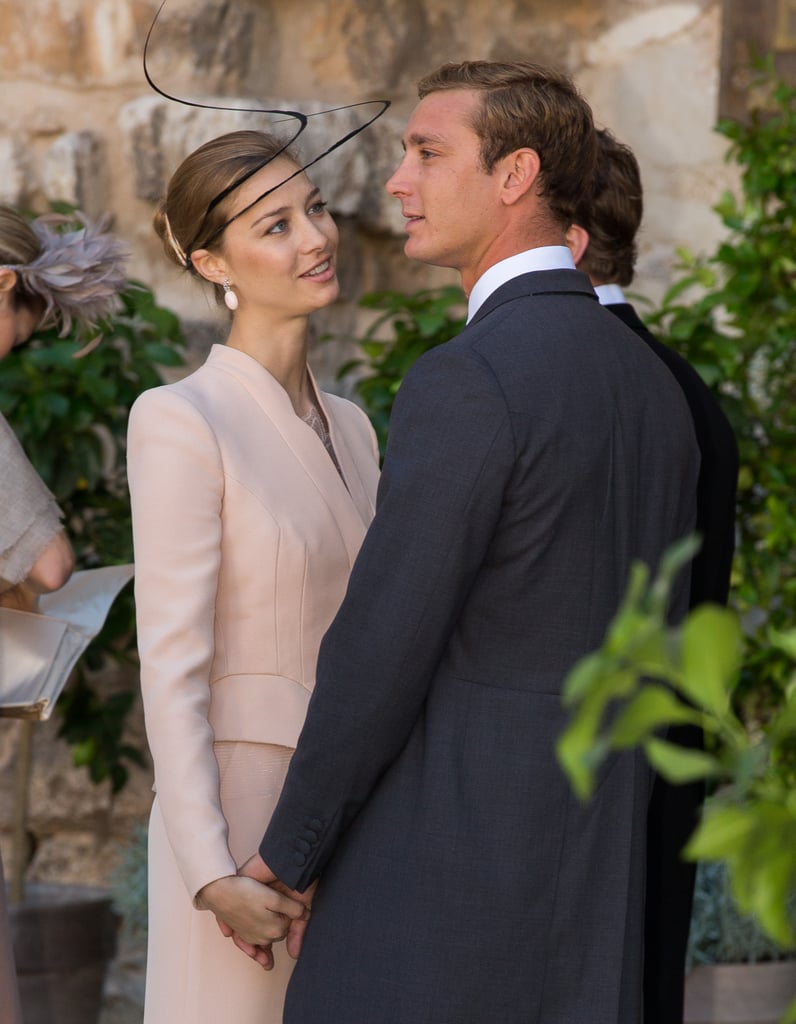 It's been a big Summer for the British royals, we got to see the Swedish royals get married in a lavish ceremony, and now the Monaco royals are grabbing the spotlight! Pierre Casirahgi and his girlfriend of six years, Beatrice Borromeo, will make it official with a wedding on Saturday. The civil ceremony at Monaco's Pink Palace will reportedly be followed by a garden party, which over 700 people have been invited to. But the "low-key" celebrations aren't the only plans for the couple's nuptials, since they'll have a more extravagant religious ceremony on Beatrice's family's private islands in Italy the following weekend.

Twenty-seven-year-old Pierre, who is the son of Princess Caroline of Monaco and the grandson of Grace Kelly, met Beatrice in 2008 when they were both studying at University Luigi Bocconi in Milan. They became engaged in 2014 after Pierre proposed with a pear-shaped pink diamond. While he's seventh in line for the throne of Monaco, 29-year-old Beatrice, who is a journalist and TV host, has her own impressive family history. She is the daughter of two counts and has seven cardinals of the Roman Catholic Church, including an archbishop of Milan, who was also a saint, in her aristocratic lineage. The Borromeo family still owns the majority of the Borromean Islands on Lake Maggiore in Italy, which they have owned since the 17th century.

Scroll through to see the best pictures of the young couple through the years and then get ready for even more glamour over the next two weeks!