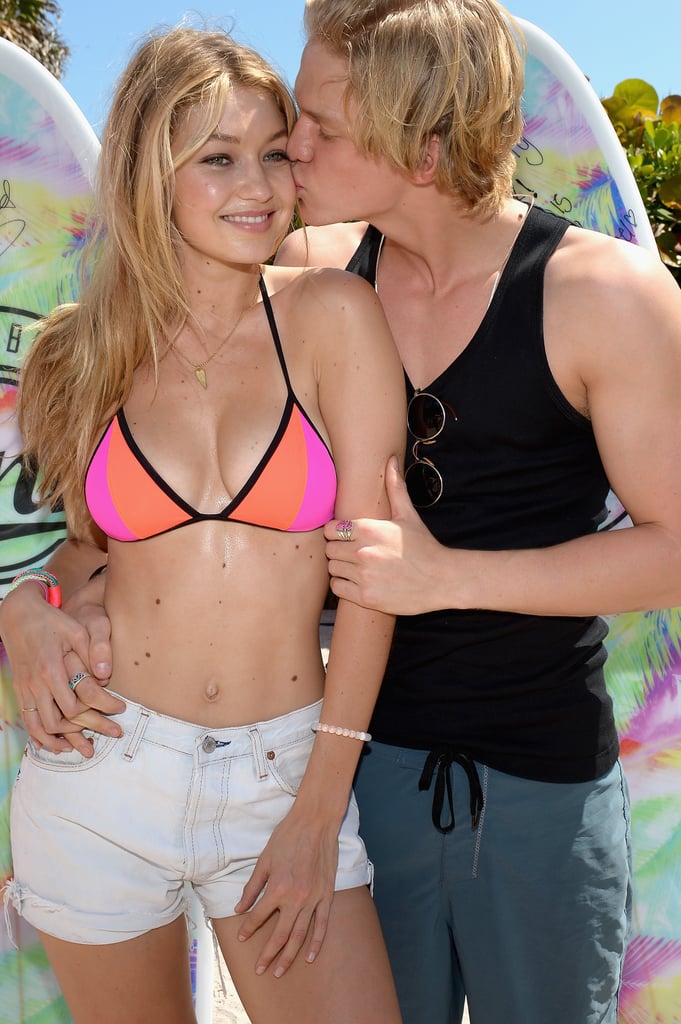 Gigi Hadid showed a lot more than her insane bikini body when she cohosted a Spring break party with Cody Simpson on Saturday. Feeling the energy at Victoria's Secret Pink's bash in Miami, the model and singer had their hands all over each other. As the crowd partied at a massive pool, the young couple snuck in kisses on the sand. Cody also got a peck on the cheek from model Rachel Hilbert, but it was clear he only had eyes for Gigi. This isn't the first time the stars have given us a glimpse of their relationship, as their electric chemistry has brought on several picture-perfect moments throughout their relationship. Keep reading to see the pair party in style, and then get a refresher on Gigi's fabulous life.