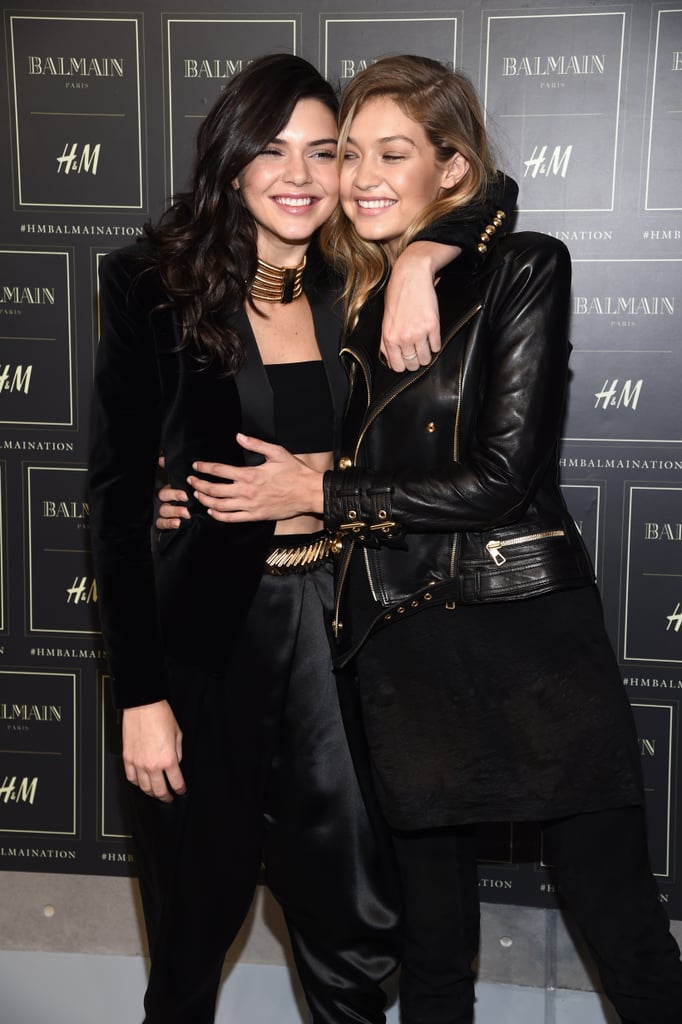 Kendall Jenner and Gigi Hadid were the ultimate BFFs at the Balmain X H&M fashion show in NYC on Tuesday. The ladies got silly and made cute faces as they posed for photos before hitting the runway. Also in attendance was Kendall's younger sister Kylie, who made a solo appearance on the red carpet.

The chic outing comes on the heels of a whirlwind month for Kendall. After strutting her stuff on the catwalk during Paris Fashion Week, she graced the cover of the November issue of Cosmopolitan alongside her famous family, and most recently, channelled Kylie in a racy behind-the-scenes snapshot where her bum was clearly visible. Keep reading to see more of Kendall and Gigi's big night, then take a look at Kendall's sexiest pictures!