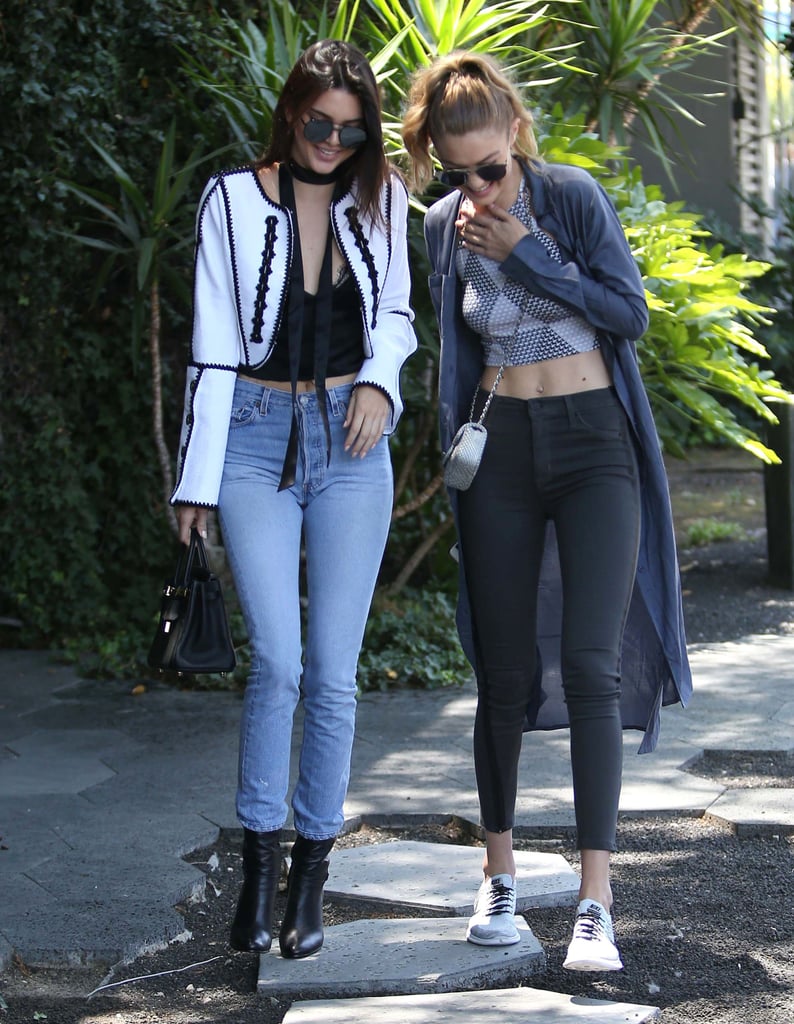 Just a few hours after news broke that Gigi Hadid and Zayn Malik had split after just seven months of dating, the 21-year-old got in some much-needed girl time with BFF Kendall Jenner. The stunning supermodels were spotted taking a walk in LA on Thursday, giggling and holding on to each other's arms while making their way around town. Gigi managed to crack a sweet smile during the outing, despite sources telling E! News that she's "really sad" about her breakup with the former One Direction singer. The pals were also spotted on another casual outing in the sunny city on Wednesday.

Despite only dating for a short time, Gigi and Zayn seemed to be getting pretty serious. In addition to starring in his music video for "Pillowtalk," the pair was also featured in a gorgeous Vogue spread in April. They also shared a handful of adorable moments on social media. And while Gigi is currently turning to her friends for comfort, sources also reveal that the two are likely to get back together. Only time will tell!