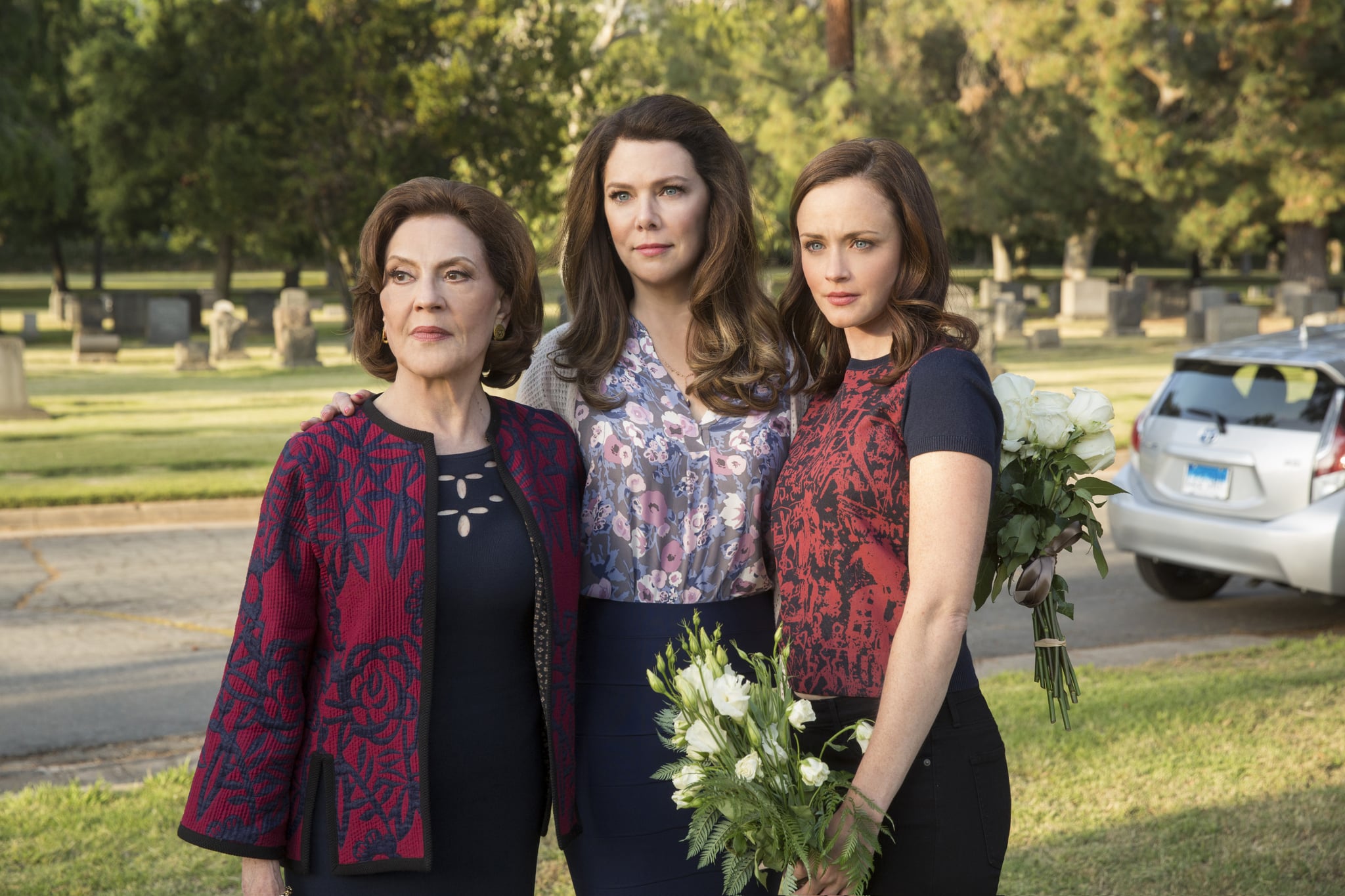 There's about one month left until the Gilmore Girls reboot, Gilmore Girls: A Year in the Life, hits Netflix, and the plot speculation seems to get wilder every day. While there have already been a good number of details released, there's still plenty to theorise about. Fans likely have many questions about what they'll see on 25 Nov., and these are just 10 of the biggest ones. So grab a slice of pizza, make like Rory Gilmore, and keep reading.

1. What's going to happen with Luke and Lorelai?

Ah, Luke and Lorelai. They tortured us for so long. The series finale in 2007 left us hopeful that these two would stay together after finally reuniting, but hardcore fans definitely need more reassurance — especially after Lauren Graham's unsettling comments about the couple's future earlier this year. Since the relationship between these two has always been such a central part of the show, it seems only logical that it will be a main plot point of the reboot. Will we see Luke and Lorelai in another unsteady journey to the aisle? Or maybe we'll be strung along until the last moment in agony?

2. Will Rory go back to an old flame?

We already know all of Rory Gilmore's Big Three boyfriends — Dean, Jess, and Logan — are making appearances in the reboot. Who knows what they've all been up to since the finale, so perhaps one (or more, knowing this show) of them will recapture the younger Gilmore's eye again (show creator Amy Sherman-Palladino stands firmly on Team Jess by the way, haters!). Then again, maybe Rory will end up with someone completely new, or she could simply stay a strong, independent woman all on her own.

3. What happens with Rory's writing career?

The series finale sees Rory about to hit the road to cover Barack Obama's 2008 presidential campaign, so clearly she is destined for quite a career path. While a production photo of the reboot suggests that Rory might be teaching at her alma mater Chilton, an Instagram snap from another cast member points toward Rory writing for the Stars Hollow Gazette. Either way, this seems far from the path she was headed toward, so what happens in between? Does she just miss Stars Hollow too much? Time will tell. 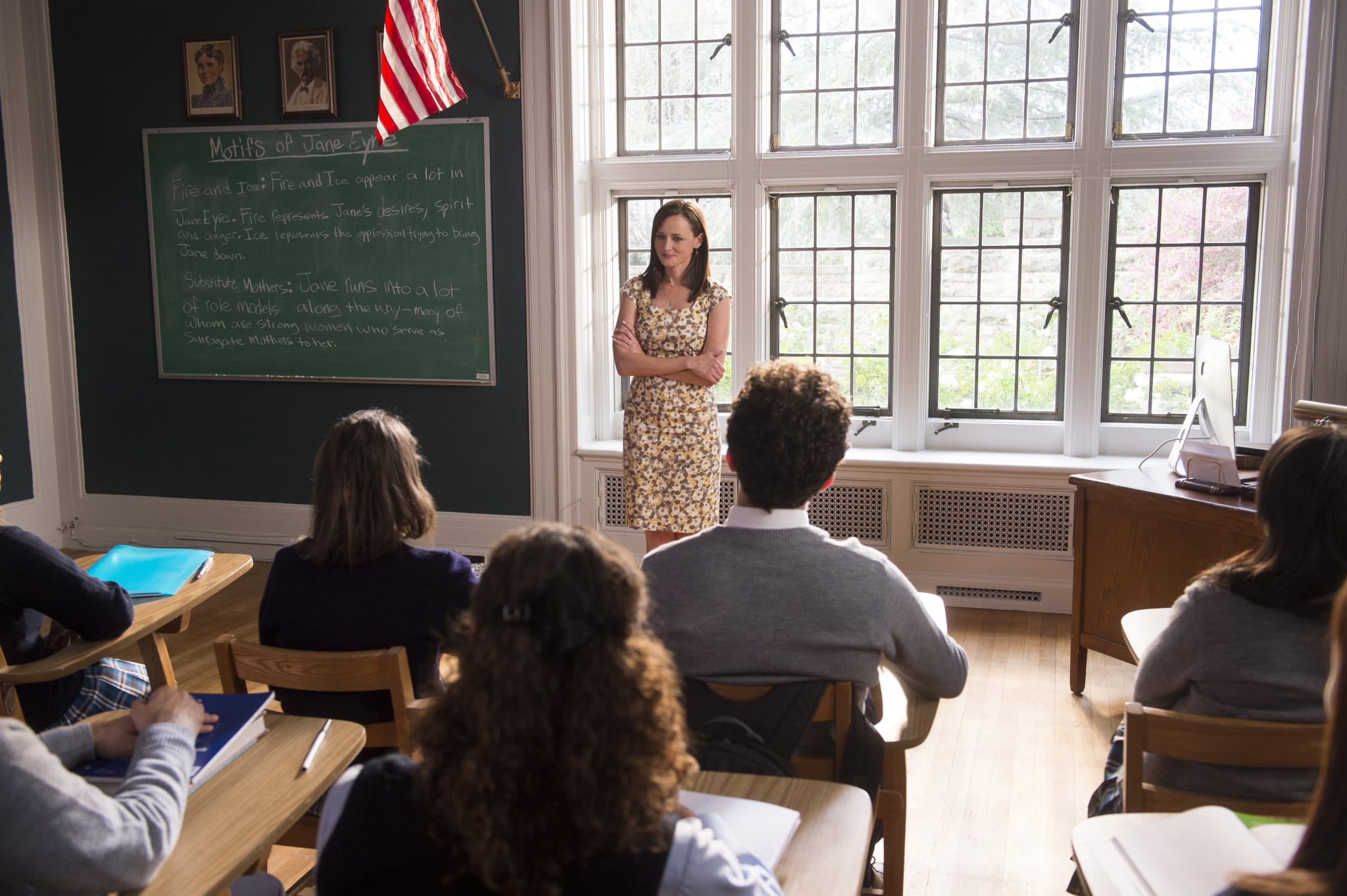 4. How have the Gilmore girls been affected by Richard's death?

One thing Gilmore Girls fans could always count on was the tumultuous relationship between Lorelai and her mother. Just when it looks like things are going well, something happens to drive a wedge between them again — and many times that wedge is Rory herself. But since the finale, one major thing has changed the lives of all the Gilmore women forever: the passing of Richard Gilmore (which was worked into the reboot due to the passing of actor Edward Herrmann in 2014). Sherman-Palladino has revealed that Richard's death will have a significant affect on Lorelai, Emily, and Rory. Will Lorelai and Emily be brought closer together by their loss? Has the tragedy put even more strain on their relationship?

5. Did Sookie and Jackson really end up with four kids?

Sookie and Jackson are the definition of #relationshipgoals in the original Gilmore Girls, but when Jackson tells Sookie that he wants to have "four in four" — that's four kids in four years — she balks at the idea. When Sookie does end up having two kids later on, however, she of course ends up being a fantastic mum. At the end of the show in 2007, Sookie is pregnant again, so perhaps by the time we return to Stars Hollow the couple will have got to number four!

6. What's happening with all the Stars Hollow regulars?

One of the best parts of Gilmore Girls is without a doubt the large cast of iconic minor characters: worldly and provocative Miss Patty, uptight and unrelenting Taylor Doose, and of course, the ever-quirky Kirk, just to name a few. The reboot just wouldn't be the same as the show we remember if it didn't give at least some insight into how those characters are faring in Stars Hollow — even if they're just the same as always. 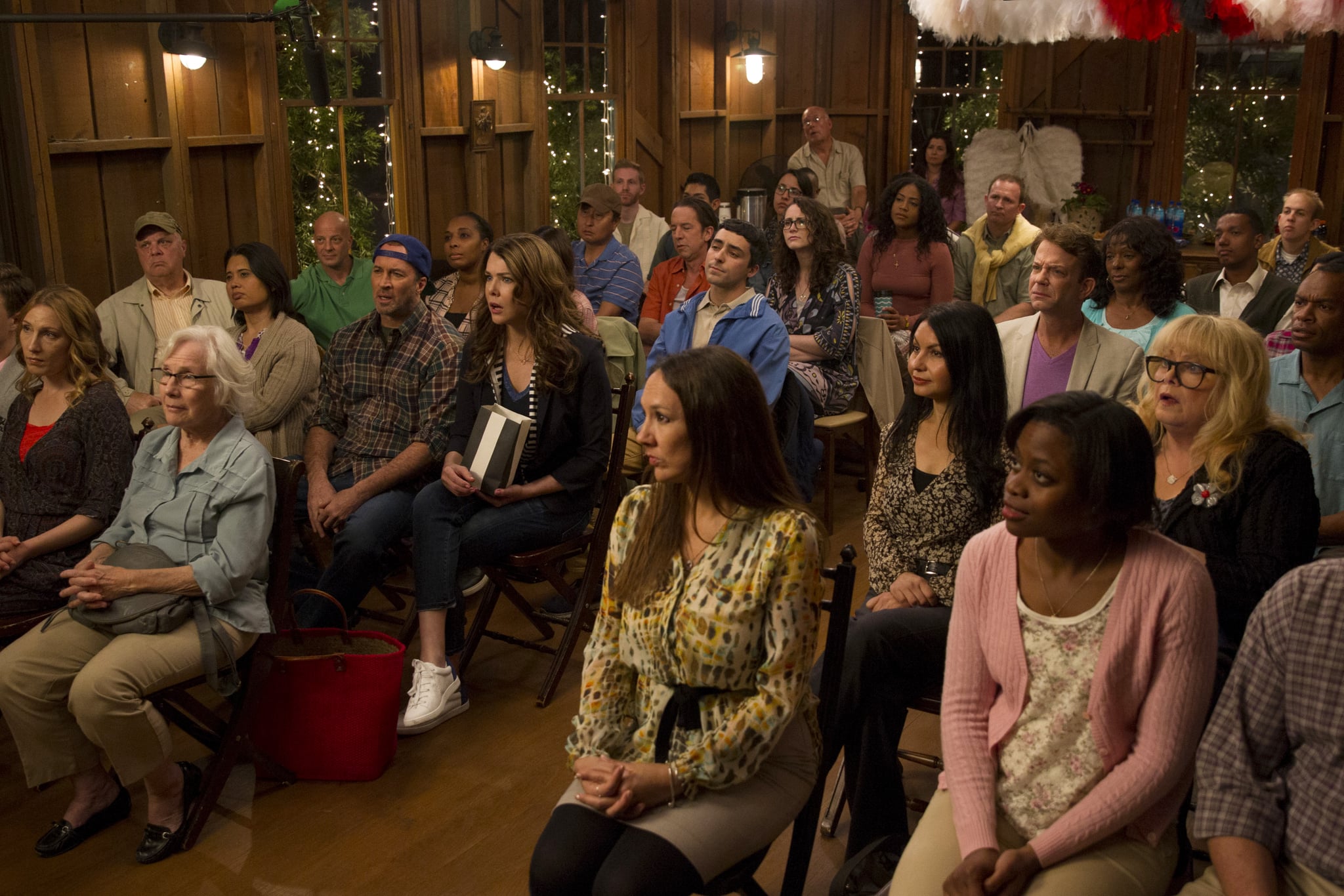 7. How is business at the Dragonfly?

Opening an inn of their own had been Lorelai and Sookie's dream for years, and when they finally achieve their goal with the Dragonfly Inn, it's a huge success. Stars Hollow has the perfect kind of small-town charm that draws tourists, but has the inn kept up its momentum over the years? Are there more horses? Yanic Truesdale is confirmed to return as Michel — has he lost his mind over annoying guests yet?

8. Is Hep Alien ever getting back together?

Let's face it, Lane's band is one of the best parts of Gilmore Girls, and no doubt the coolest band to come out of small-town Connecticut. Not only does it feature some of the most entertaining guest characters on the show (*cough Gil cough*), but it's also how Lane meets the love of her life, Zach. We know that Keiko Agena is returning as Rory's BFF Lane Kim, and John Cabrera (Brian) shared an instagram snap of the band together, so we can only hope that her bandmates will make an onstage appearance.

9. Are Paris and Rory still close?

We will always love Lane Kim, but one of the most significant friendships in Rory's life is the one with Paris Geller. From competing in high school to competing in college and all the arguments in between, they always come back to each other in the end. While it's pretty much a given that Paris goes on to kick some serious ass as a doctor after the show ended, it's less likely she does it while being a social butterfly. Rory is there whenever Paris needs someone, whether she likes it or not. Perhaps in the reboot, Paris will end up on Rory's doorstep midcrisis once again, to seek the advice of her best frenemy.

10. What are those final four words?!

The reboot will end with four words (like Sherman-Palladino had originally planned for the show, before she left following the sixth season), and Lauren Graham revealed those words will be spoken by Lorelai and another character. And sure, you COULD skip to the end of the last episode when it comes out on Netflix and find out right away. But why would you do that to yourself? Oy with the poodles already, people!