Idk how one can be this terrible at taking selfies but look out world here I come. Anyway idc just look at his face, this experience has been beautiful and he’s a very nice person (and we might be friends but idkkkkk) pic.twitter.com/yhdEF08pUz

I was casually trying to mind my own business on the train when my phone started lighting up with urgent texts and Twitter DMs from my best friend. I knew that either the dreaded apocalypse had finally reached us or that Timothée Chalamet had the audacity to show his beautiful face in public again. Luckily, it was the latter, and we'll all survive another day. Even better, thanks to Twitter user @alankruthahaha, we'll survive knowing that Timothée flies economy and excels in casual aeroplane conversation.

While I'd normally dread sharing a row of seats with a stranger, I'd gladly cash in one million uncomfortable elbow bumps for the three hours Alankrutha spent with the Beautiful Boy star. Thankfully, Alankrutha chronicled the whole encounter on Twitter for those of us not lucky enough to have a front row seat to their interaction. She did her due diligence and asked the burning questions I'd be too shy to vocalize. "How is Steve Carell? Have you met Beyoncé? Why are you sitting in economy class?" Thank god, Timothée was equally talkative and gave Alankrutha pure, sincere answers, sprinkled with his own curiosity about her life.

Now, Alankrutha did a fantastic job with her impromptu interview and I have zero complaints, but this conversation had me thinking: what would I ask Timothée if fate brought us together on a 747? Here's a short list: 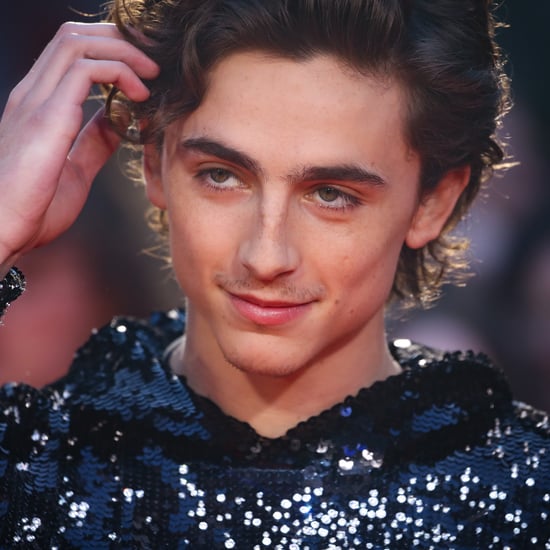