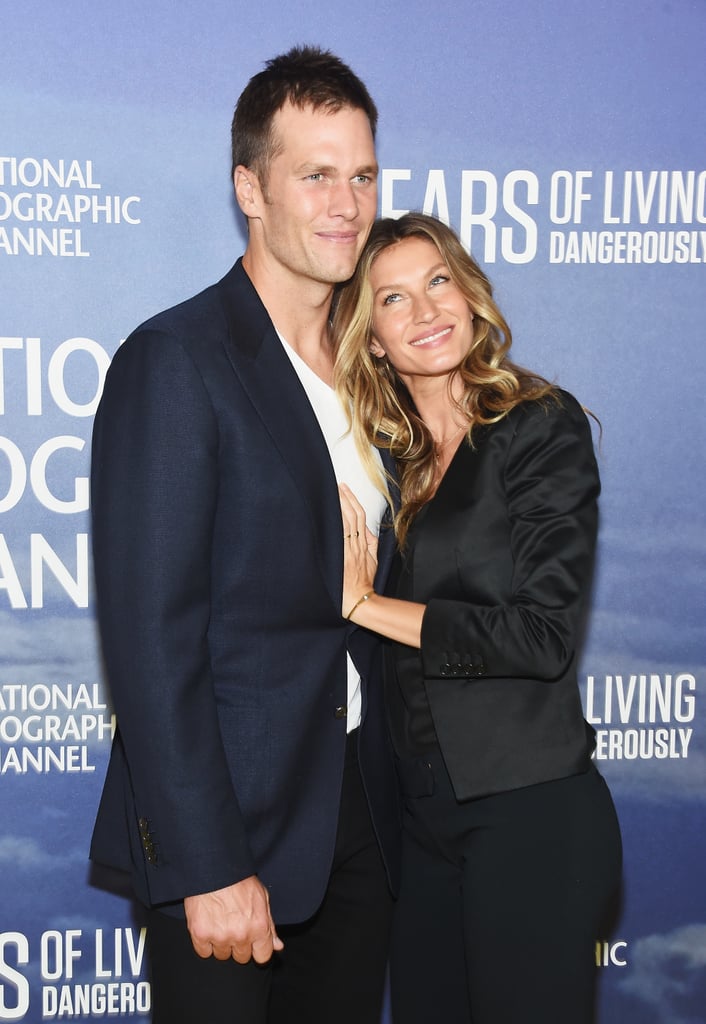 Gisele Bündchen and Tom Brady made a rare appearance at National Geographic's Years of Living Dangerously season two premiere in NYC on Wednesday night. The couple, who tied the knot back in 2009, looked like lovestruck teenagers as they posed for photographers on the red carpet. Gisele announced that she would be appearing in the climate-change-focused documentary on Instagram back in June, writing, "I'm excited to be joining season two of @YearsofLiving Dangerously as a correspondent, exploring deforestation and climate change in my beautiful home country of Brazil," and earlier in the evening, she uploaded a cute photo of her and Tom before heading to the event.

We haven't seen much of Gisele and Tom on the red carpet since they attended the Met Gala back in 2014, though they are often spotted relaxing on the beach somewhere exotic or hanging out with their kids, Jack, Benjamin, and Vivian.