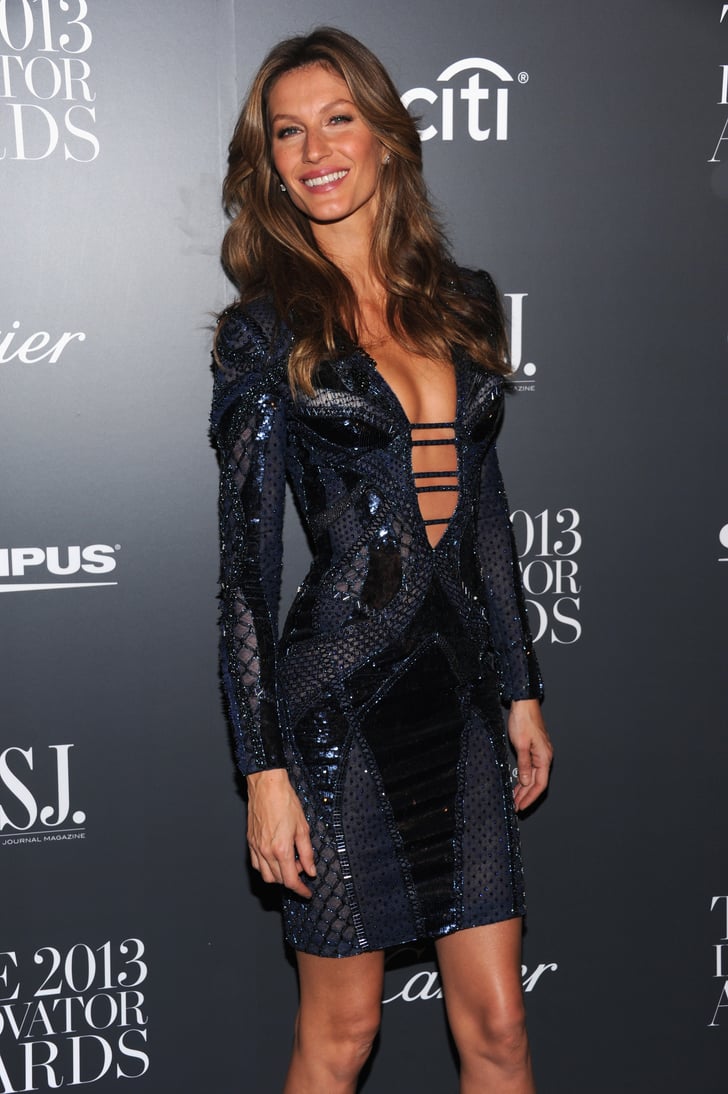 Gisele Bündchen always finds new ways to be sexy, and on Wednesday night, the Brazilian model and mom put her beauty on display at the WSJ Magazine Innovator Awards in NYC. Gisele was without her husband, Tom Brady, but she looked to be having enough fun while mingling inside the event with designer Valentino Garavani and model Karlie Kloss, as well as Pharrell Williams and his new wife, Helen Lasichanh. Before arriving at the bash, Gisele Instagrammed a shot of her seductive blue dress. Gisele appears on the WSJ cover alongside French artists Guy-Manuel de Homem-Christo and Thomas Bangalter — better known as Daft Punk — who won the magazine's entertainment innovators of the year award. Gisele is back in New York following a trip to her native Brazil, where she walked the runway during Sao Paulo Fashion Week. The supermodel may be spending more time in the Big Apple after she and Tom bought a new apartment in the city.