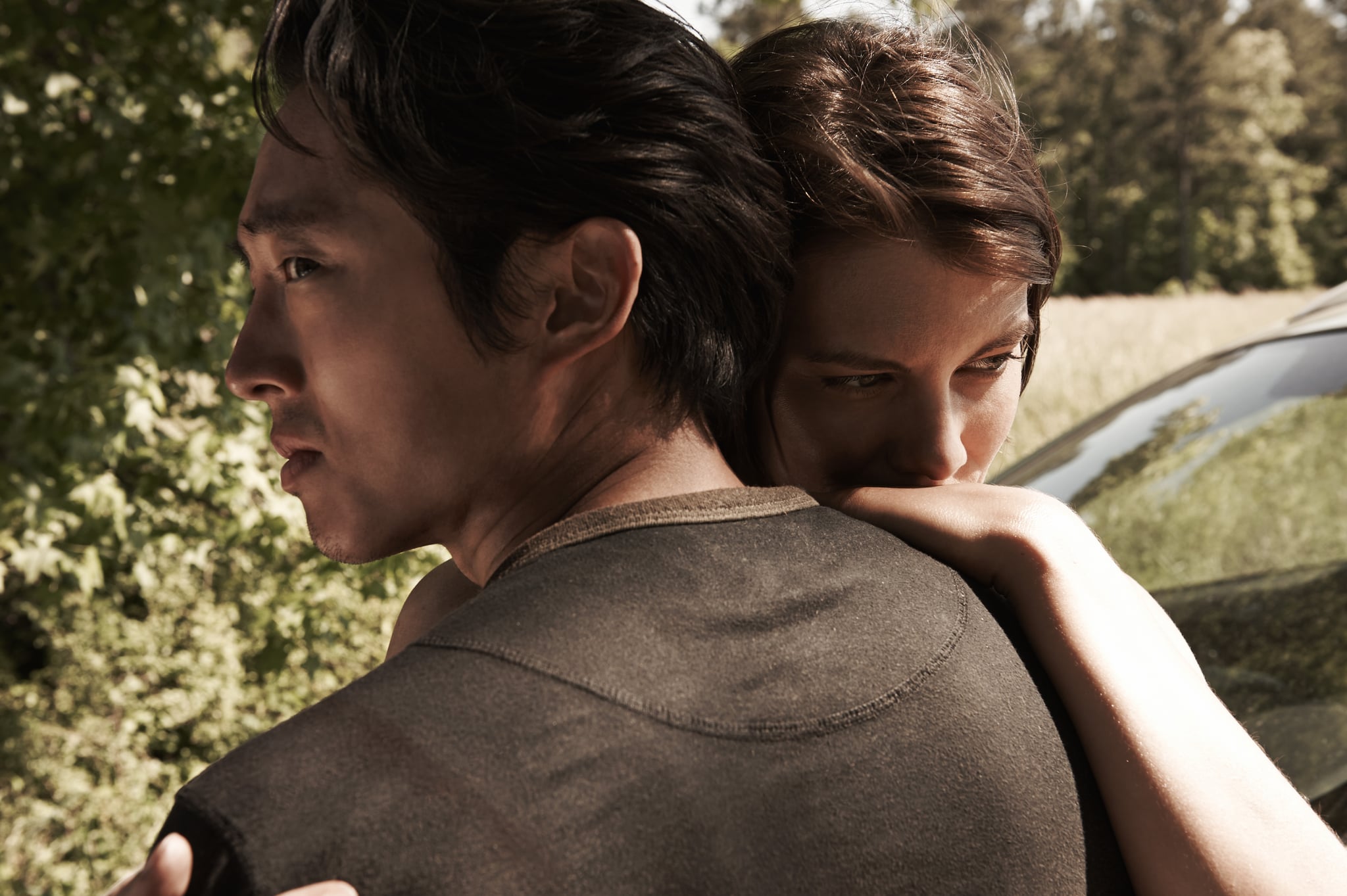 "Maggie, I will find you." These are the last words out of Glenn Rhee's mouth before Negan pulverises him (in addition to Abraham) on the season premiere of The Walking Dead. The moment isn't just heartbreaking, it's hard to watch. Glenn's already been hit twice with Lucille, Negan's barbed-wire-wrapped bat, and much like his death in the comic books, one of his eyes is hanging horrifically out of his face. His brain has clearly been damaged beyond repair, but those words still stand out. "Maggie, I will find you." Glenn doesn't say this in the comics, so why did it end up in the show? Well, actors Steven Yeun and Lauren Cohan may have given the best answer.

After the episode aired, the cast appeared at a live taping of Talking Dead to talk about the horrifying deaths. Yeun, the actor who played Glenn, remarked, "He dies in such a Glenn way. Still not thinking about himself. It's important the he puts those final words out as a way of saying, 'Look out for one another.'" Cohan, who plays Maggie Greene, had a different interpretation: "I mean, I feel like in this life or the next. They're star-crossed lovers. I mean, time and place doesn't erase that. I think, 'I'll find you, I'll be with you, I'll watch over you. I'll watch over the baby. I'll be there.'"

Maybe that's the easiest thing to hold on to: that Glenn and Maggie are meant to be, and they will find each other again. To the show's credit, this tragic thread has run through the course of the show. There's the obvious connection, that Maggie and Glenn manage to find each other in the bleakest version of our world. But even when they get separated at various other junctures — when Glenn almost gets ripped apart by zombies, or when Maggie gets taken prisoner by a few gnarly Saviors — Glenn's always been able to find his way back. It may not be much to hold on to in the midst of all these other mournful emotions, but hey . . . at least it's something.