The nominations for the 2014 Golden Globe Awards are here, and the stars are already reacting to the big honors. We caught up with some of the nominees today to share their excitement, surprise, and happiness about their Golden Globe nods. See how Jennifer Lawrence, Matthew McConaughey, Kate Winslet, Idris Elba, and many more stars and show creators are handling their honors. 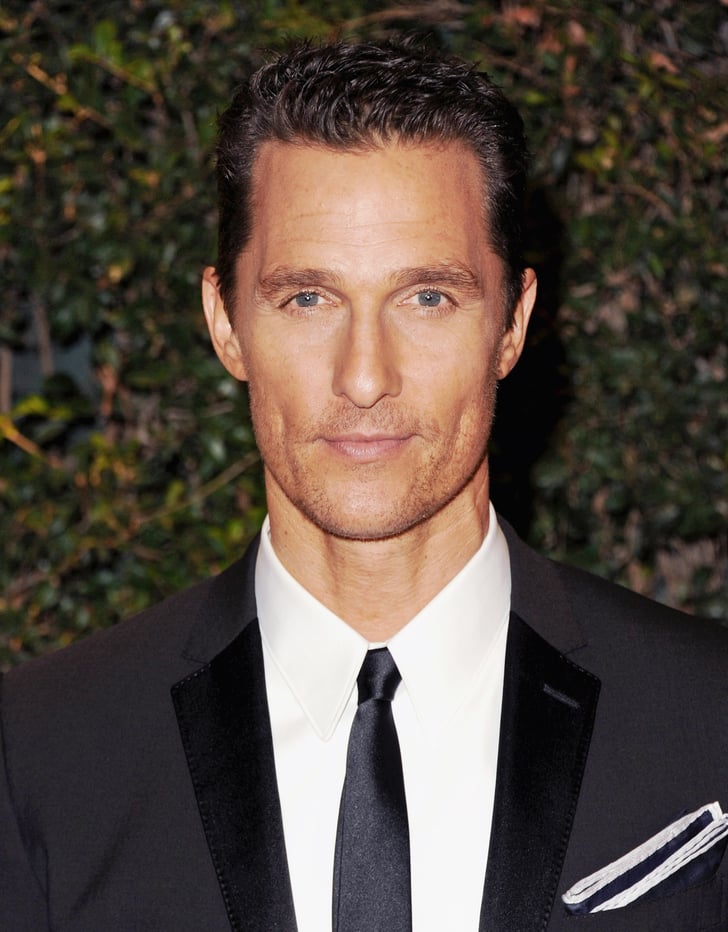 "I'm excited and honored that the HFPA has recognized my performance in Dallas Buyers Club. Ron Woodroof was a revolutionary for the human spirit, and I was blessed to tell his story. I'm looking forward to spending the evening at the Golden Globes on Jan. 12."

"Thank you to the HFPA. This is so exciting. I'm thrilled that the film received so many nominations and that I get to share this with the rest of the cast."

"I'm extremely surprised and absolutely thrilled to be included this year!!‎ Thank you to the Hollywood Foreign Press Association."

"I'm enormously grateful to the Hollywood Foreign Press for this honor. It's humbling to be nominated alongside such talented and hard-working women whose work inspires me."

Greta Gerwig is nominated for best actress, musical or comedy, for Frances Ha. Keep reading for her exclusive reaction.

POPSUGAR: How did you find out?
Greta Gerwig: I'm so surprised and excited and honored . . . I found out from a phone call, I was asleep. I didn't know that the nominations were announced today! I had read that you get a phone call really early in the morning and my phone rang and I thought I was in trouble so I ignored it and then got really anxious that I was in trouble. [Laughs] Then I looked at my phone and saw all these nominations — not nominations! Text messages, I only got one nomination! And that's how I found out. I'm verklempt, is that a word? Yes, I'm verklempt. It was totally a surprise, I feel like a cliche. I seem like I am acting too surprised!

PS: Have you given any thought to what you are going to wear?
GG: Yes I have . . . I get to wear a full-on gown and it's not going to be weird, it's going to be normal, so I'm excited about it. I've already started thinking about it in my head, it's so exciting because you usually get a special dress that's just for you. I am a total fashion junkie so I am really excited.

"I'm honored. The HFPA puts on a good party and I am happy to be invited."

"This is absolutely incredible. I want to thank the members of the Hollywood Foreign Press Association for shining a light on Dallas Buyers Club and for celebrating independent cinema. I'm blown away by this Golden Globe Award nomination and so thankful to the incredible filmmakers for inviting me to help bring a fascinating story to the screen. This has been an unforgettable experience and I'm so very grateful to you all."

Idris Elba is nominated for best actor in a miniseries or motion picture made for TV for Luther and best actor, drama, for Mandela.

"I'm truly humbled and honored to be acknowledged for two projects that, though very different from one another, are both extremely personal and special to me. Thank you to the Hollywood Foreign Press for your support, and I would also like to give a special thank you to Mr. Mandela, who will be forever missed."

"Making this film was the most satisfying and thrilling job I've had in years. It was a privilege to work with a team of people who couldn't have been bettered. I'm really honored to have been nominated."

"I'm thrilled and so grateful to the Hollywood Foreign Press. One question: does this mean I need two dresses?"

Daniel Brühl is nominated for best supporting actor for Rush.

"I am deeply honored by this nomination. Thank you to the HFPA for all their support, to be nominated in the company of such inspiring and esteemed actors is incredible. Thank you to Ron for believing in me and giving me the opportunity. I am so proud the film has been recognized as well, and delighted for Peter, Chris, and the whole team. We all truly loved the experience of working on Rush and, as ever, thank you to the magnificent Niki Lauda."

Lupita Nyong'o is nominated for best supporting actress for 12 Years a Slave.

"I can't express the excitement I felt hearing my name called while listening to the nominations from Paris this afternoon. I screamed and the tears started immediately; I was so overwhelmed! I am so happy for Chiwetel, Michael, Steve, John, and Hans. 12 Years a Slave means so much to me and having the Hollywood Foreign Press recognize it as it did, is just beyond words."

Chiwetel Ejofor is nominated for best actor, drama, for 12 Years a Slave and best performance by an actor in a miniseries of motion picture made for TV for Dancing on the Edge.

“It is such a huge honour to be nominated for two Golden Globes and I would like to thank the members of the HFPA for this incredible recognition. The response to 12 Years A Slave and Dancing On The Edge from the public and media alike has been overwhelming and I am so very grateful. To have been a part of these amazing projects was a gift in itself, that the HFPA have responded in this way, truly means so much.”

Michael Fassbender is nominated for best supporting actor for 12 Years a Slave.

“I'm humbled and honoured to receive this nomination from the HFPA and thrilled for my friends Steve, Chiwetel and Lupita. I feel this is such an important film so thank you to the HFPA for all their support championing Solomon Northup's story.”

Judi Dench is nominated for best actress, drama, for Philomena.

“What great news! I'm delighted, and hugely honoured to be in such magnificent company. And without the inspiration of Philomena herself I wouldn't of course be receiving this recognition.”

Rob Lowe is nominated for best performance by an actor in a supporting role in a series, miniseries, or motion picture made for TV for Behind the Candelabra.

"I'm humbled and happy to join Matt Damon and Michael Douglas at the Golden Globes to celebrate such a special project. Candelabra was a great experience, the party continues!"

Jim Parsons is nominated for best actor, TV musical or comedy, for The Big Bang Theory.

"Thank you to the Hollywood Foreign Press. I know it sounds cliché, forgive me it's early, but this is really such an embarrassment of riches. In our first episodes of Big Bang, I felt there was something special about the show, but I never imagined any of this. I'm truly grateful and especially thrilled the show was nominated."

Julianna Margulies is nominated for best actress, TV drama, for The Good Wife.

"Thank you to the Hollywood Foreign Press Association for honoring our show, The Good Wife, with three nominations. We are having an amazing season, and it's so great to be recognized by the HFPA. Congratulations to my costar, Josh Charles, and our wonderful creators, Robert and Michelle King."

Bruce Dern is nominated for best actor, musical or comedy, for Nebraska.

"What's wonderful about this nomination is that we started the journey a long time ago and it's so fantastic that people are supporting Nebraska. We are so happy that the Hollywood Foreign Press has given this movie a lot of love. With teammates like June Squibb, Will Forte and the rest of the cast, Alexander Payne gave us the best that we could have asked for."

Beau Willimon, executive producer and creator of House of Cards

"All of us at House of Cards are thrilled by the nominations. It's such an honor to have the collective efforts of our wonderful cast, crew, designers, directors and writers embraced by the international community and recognized by the Hollywood Foreign Press. I'm particularly happy for Kevin, Robin and Corey — such a fierce trio of talent. They bring the best out of everyone they work with."

“I would like to thank the HPFA with all my heart- I’m so surprised and truly honoured. Making this film with Woody Allen and Cate Blanchett and the rest of our cast and crew was the most wonderful experience and very special to me. I’m so delighted for Cate too. I am overwhelmed. Thank you.”

Monica Potter is nominated for best actress in a supporting role in a series, miniseries, or motion picture made for TV for Parenthood.

"This was a completely unexpected, wonderful surprise! I'm so thankful to the HFPA for recognizing all the hard work we (cast/crew) put into Parenthood. And, i'm so honored to be in the company of such talented women. I can't wait to go to the party of the year!"

June Squibb is nominated for best supporting actress for Nebraska.

"Today is marvelous. I'm thrilled that Nebraska is now being seen by so many people and they realize what a special movie it is. And I'm honored to be in the company of my fellow nominees." 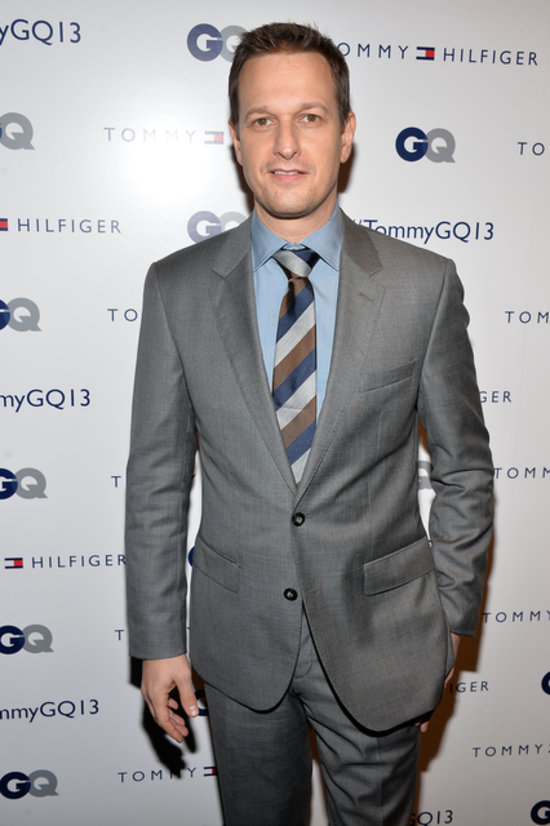 Josh Charles is nominated for best actor in a supporting role in a series, miniseries, or motion picture made for TV, for The Good Wife.

"Thanks to the Hollywood Foreign Press Association for waking my lazy butt up this morning with the good news about the Golden Globe nomination!" 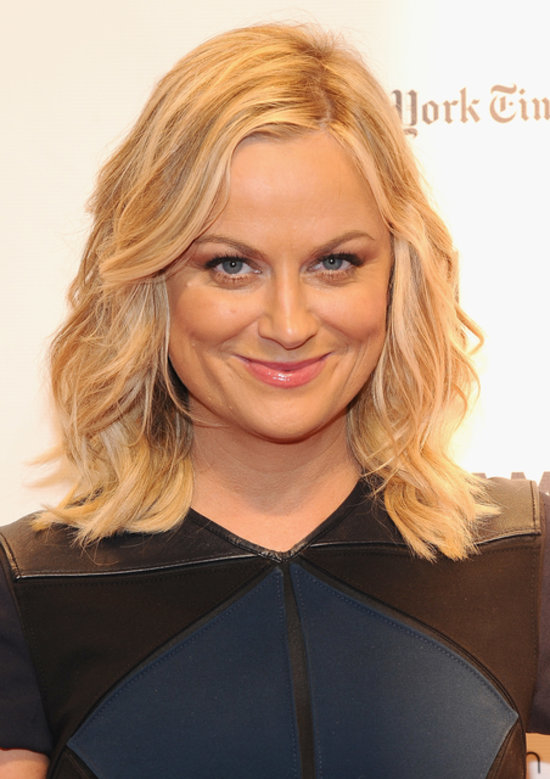 Amy Poehler is nominated for best actress in a TV musical or comedy for Parks and Recreation.

"I am so thrilled to be able to celebrate with the good people of Parks and Recreation, the best cast in Comedy, Drama, Broadway, and Short Foreign Documentary Film." 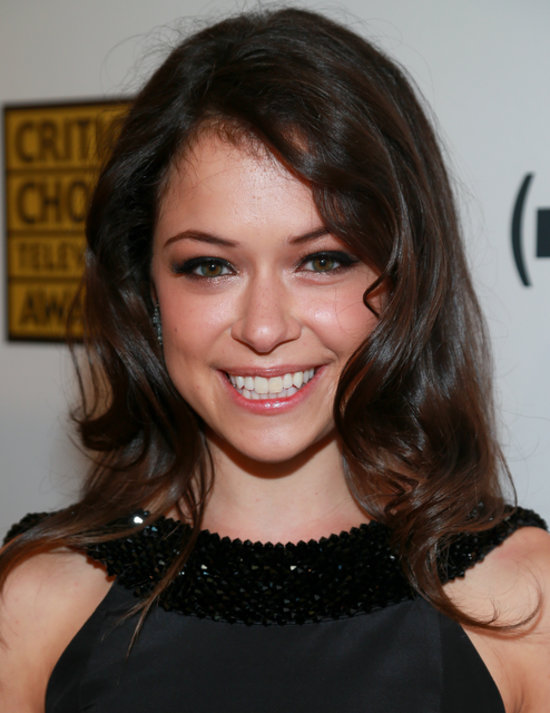 Tatiana Maslany is nominated for best actress in a TV drama for Orphan Black.

"I'm so moved by this news. Thank you HFPA! I am honored to be recognized amongst such talented women. We are deep in production on Season 2 and I am so grateful every day to be able to go to work with such an incredible cast and crew on Orphan Black. The writers consistently give me the most amazing material to work with and have given me a wonderful cast of dynamic characters that I am so lucky to play." 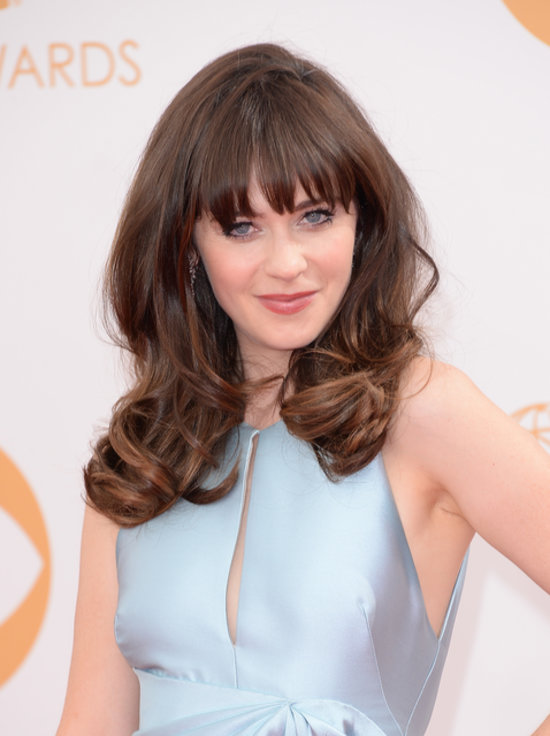 Zooey Deschanel is nominated for best actress in a TV musical or comedy for New Girl.

"I'm so thrilled to be nominated for a Golden Globe Award. It is a true honor to be recognized by the HFPA alongside some of my favorite actors and filmmakers. I am so fortunate to work on a job I really love every day and I couldn't be more grateful to be acknowledged by this esteemed group!"