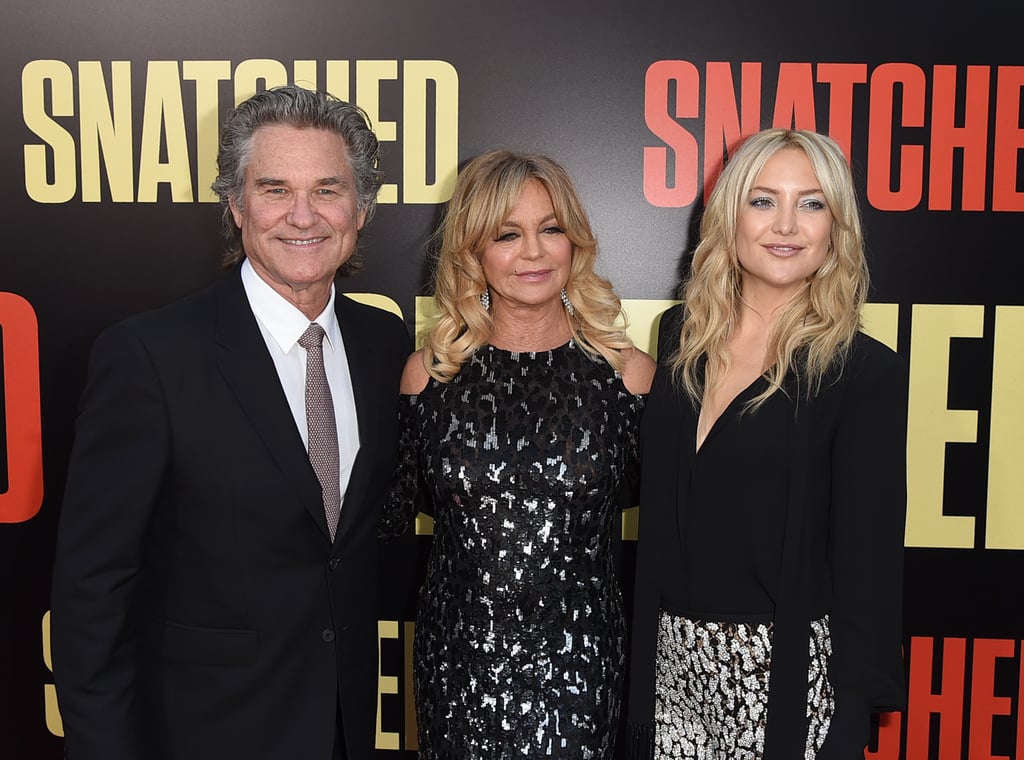 Goldie Hawn was surrounded by her loved ones at the LA premiere of her new film, Snatched, on Wednesday evening. Goldie — who was recently honoured with a star on the Hollywood Walk of Fame along with Kurt Russell — was her usual bubbly self as she practically floated down the red carpet with her longtime love and daughter Kate Hudson. The trio rocked coordinating outfits, and Goldie and Kate showed off their close bond as they hugged for the cameras. The premiere also brought out Goldie's costar, Amy Schumer, and Kate's boyfriend, Danny Fujikawa.

Goldie recently opened up about her 34-year-long romance with Kurt in an interview with People, saying she felt an instant connection with him on the set of their 1984 romantic war drama, Swing Shift. Even though the two have never officially tied the knot, they're still one of Hollywood's strongest couples, which Goldie credits to family, fun, laughs, and sex. "If you don't nurture that, and remember, you're done," she said.