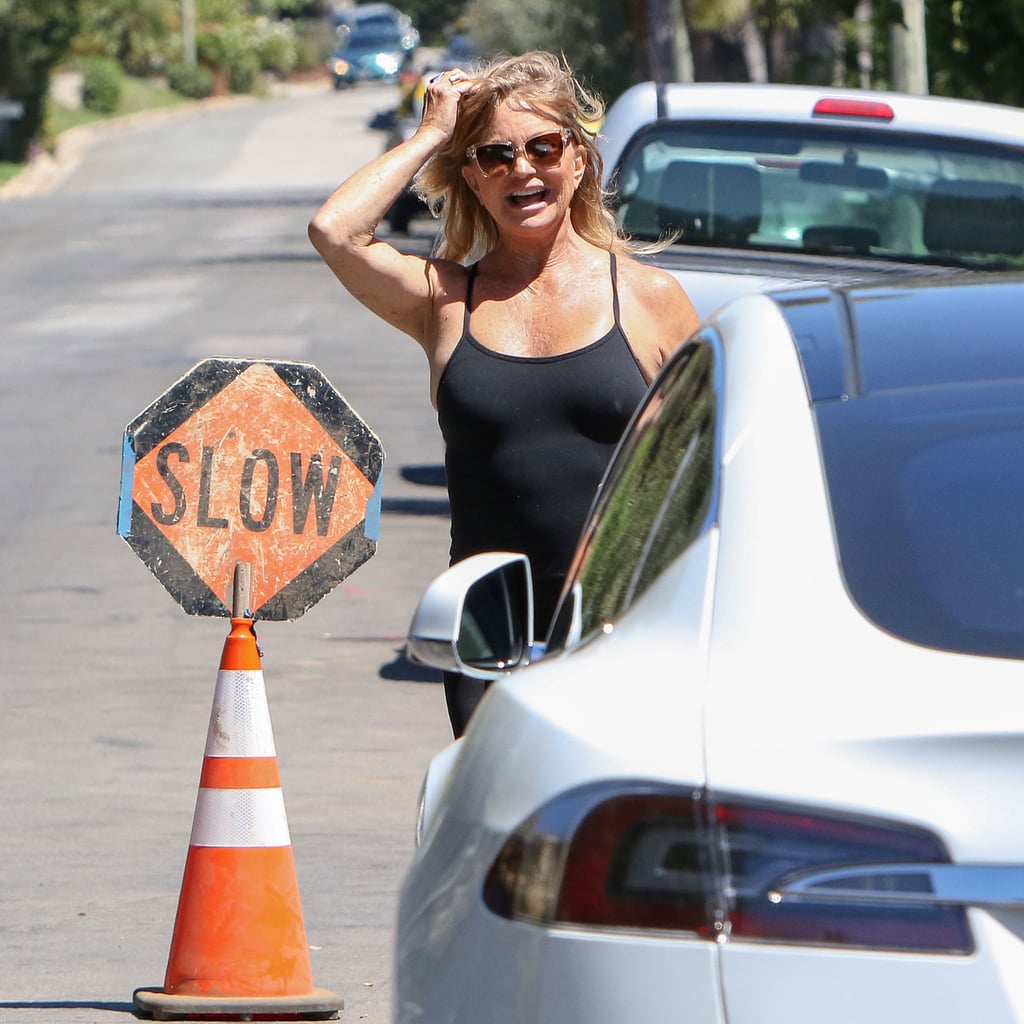 Goldie Hawn — legendary actress, adorable mum, and one half of one of Hollywood's best romances — was spotted on a smiley (and slightly hilarious) outing in LA on Wednesday. The star was photographed making her way to her car while decked out in black workout gear and a matching bum bag. In addition to flashing a huge grin for the cameras, Goldie was also holding a coffee cup as she made her way past a "SLOW" traffic sign. Honestly, if this were any other celebrity, it probably would be no big deal, but because she's Goldie F*cking Hawn (and she can do no wrong), we can't help but laugh at her giddy afternoon. Never change, Goldie.