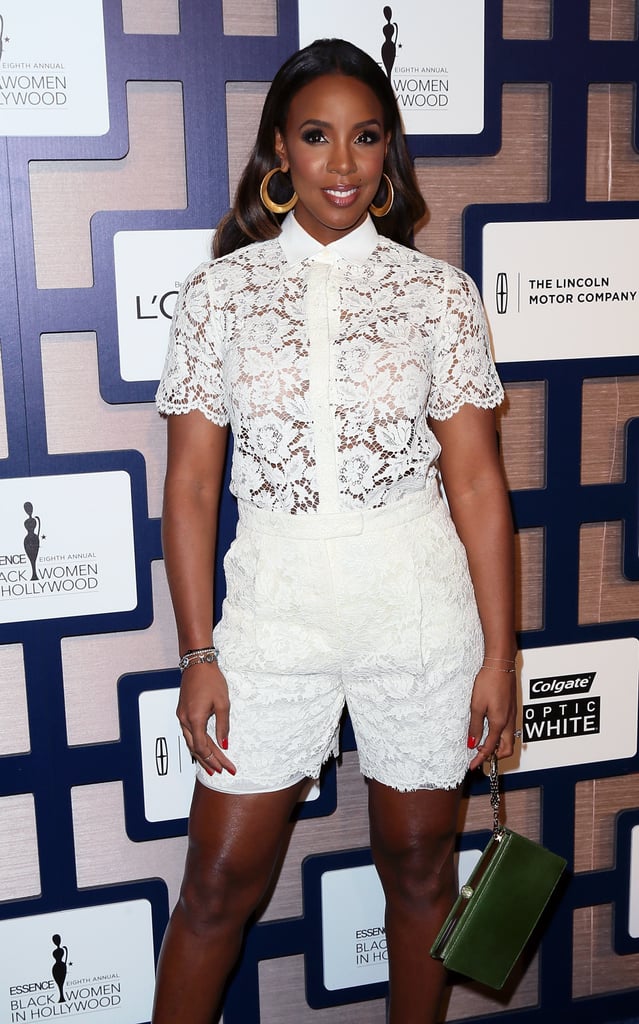 Gorgeous, Glamorous Stars Step Out For the Essence Black Women in Hollywood Event

Kelly Rowland made a stunning postbaby appearance at the Essence Black Women in Hollywood Awards in LA on Thursday. The singer showed off her toned legs in lacy white shorts and was all smiles while posing for photos on the red carpet. The annual event also brought out stars like Garcelle Beauvais, Chanel Iman, and Tia Mowry, as well as Selma star and director David Oyelowo and Ava DuVernay, respectively, and John Legend and Common, who performed the song "Glory" from the film's soundtrack; the duo is nominated for best original song for the tune at Sunday's Oscars. Actresses from the cast of Orange Is the New Black were also in attendance; Laverne Cox, Samira Wiley, and our latest girl crush Uzo Aduba all showed up, as did Regina King, Gugu Mbatha-Raw, and producer Shonda Rhimes. Keep reading to see all the gorgeous, glamorous stars that stepped out for the Essence event.