I'm really hoping that some of you caught up with the first episode of Gossip Girl last week, and watched the second episode last night. As my American colleagues and readers commented on last week's post, this show gets better and better, so do stick out the early scene-setting episodes. I hope you found last night's episode a little warmer, there was certainly more humour in this one! 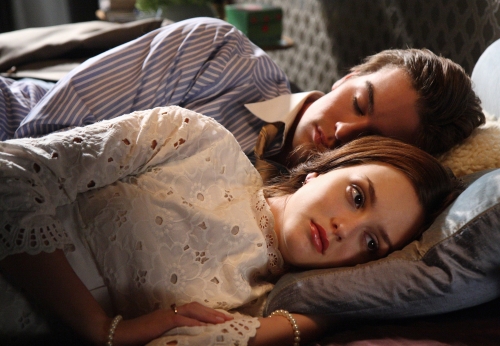 So, it was the day after the 'Kiss On The Lips' party. Serena and ex-best friend Blair were in the midst of a cold snap, as Blair learning that Nate slept with Serena before the latter disappeared to boarding school. Then Serena took outsider Dan to Chuck's brunch, causing a few awkward situations. And Jenny found her way into being accepted into Blair's inner circle... mainly, of course, because this benefits Blair's scheming ways. So here's some of my thoughts on last night's episode:

For more of my thoughts on last night's episode, just read more

I really enjoyed this episode, and I'm dying to hear your comments – I hope you've stuck with it. So what did you think? Let me know...

Hair
This Leave-in Conditioner Has 4,600 5-Star Reviews on Amazon, and Mine Makes It 4,601
by Renee Rodriguez 5 days ago