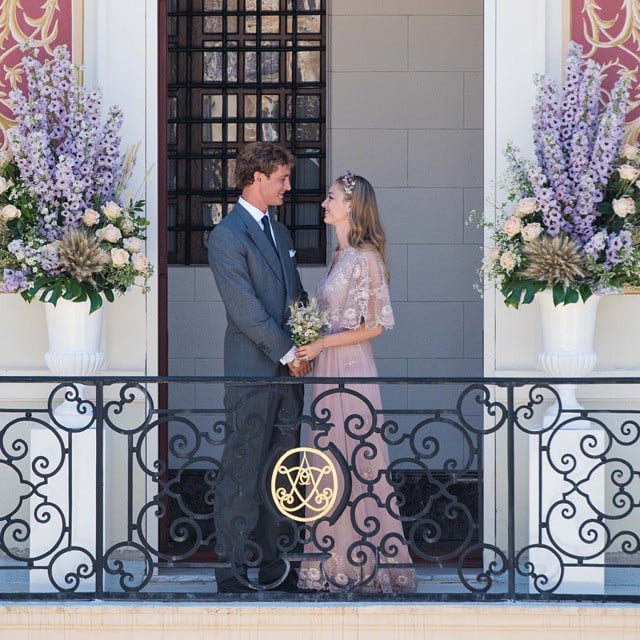 Pierre Casiraghi and his girlfriend, Beatrice Borromeo, made it official on Saturday when they got married in a civil ceremony at Monaco's Pink Palace. Valentino, the design house behind the bride's pale pink Valentino Haute Couture dress, shared a picture of the affair on Sunday. The Instagram shows the new spouses smiling and locking eyes on a balcony.

The couple, who have shared plenty of sweet moments in their six years together, later celebrated their nuptials with a garden party at the palace. The event, which Prince Albert called "mostly informal," was held outdoors and had a carnival theme. Their "low-key" wedding will be followed by another, more lavish ceremony and reception on Beatrice's family's private island in Italy next weekend.

The couple isn't the only royal duo to tie the knot this year — Prince Carl Philip and Princess Sofia of Sweden got married in June and showed plenty of PDA during their big day.