Before Diana became the People's Princess, there was Grace Kelly, Princess of Monaco. The retro starlet is portrayed by a stunning Nicole Kidman in Grace of Monaco, and the trailer makes the film seem spectacular. It's a short look, but the film follows Kelly through her transition from Hollywood star to European royalty. Tim Roth plays Kelly's husband, Prince Rainier III, while Parker Posey, Paz Vega, Frank Langella, and Milo Ventimiglia all star. 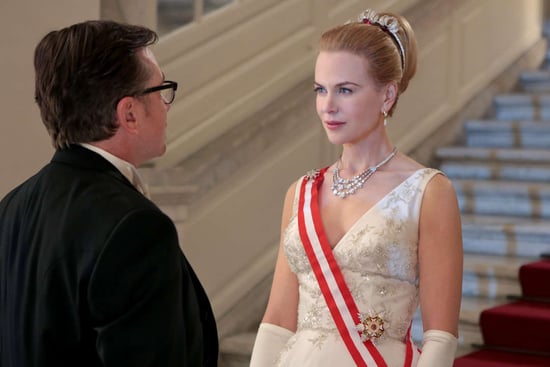 I can't wait to see Kidman step into Kelly's shoes. She embodies the same grace (no pun intended) and old Hollywood charm of her onscreen counterpart, and because the film revolves around a particularly troublesome time for Kelly, we can pretty much count on a powerhouse performance from Kidman. Grace of Monaco opens in Spring 2014. Until then, watch the teaser after the jump.