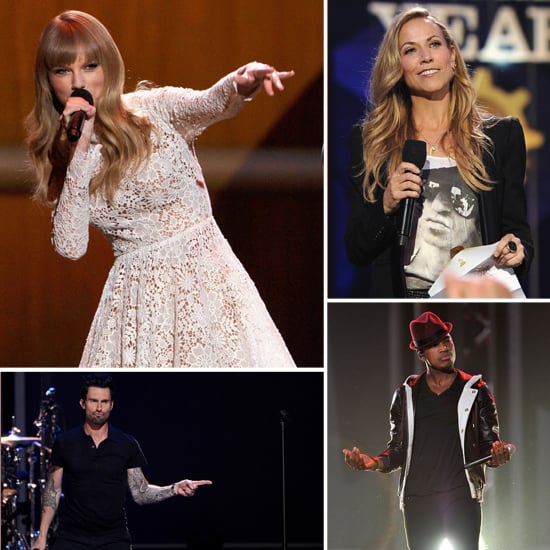 Taylor Swift and LL Cool J had emcee duties at last night's Grammys Live Nominations Concert in Nashville. She traveled to Tennessee after a fun few days shacking up with new guy Harry Styles in the Big Apple. Taylor and Harry shared a couple sleepovers at her hotel before duty brought her to the next stop on her world-traveling itinerary.

Yesterday, though, was all about business. She helped announce those in the running for the 2013 Grammys — check out the full list of 2013 Grammys Nominees! Taylor grabbed three nods herself, but Kanye West and Jay-Z lead the pack with six nominations for Watch the Throne. The band fun. was on hand to perform during the show and get some good news of their own. Other artists like Maroon 5, Ne-Yo, and Sheryl Crow also joined the fun in Nashville. The Grammys air Feb. 10 on CBS.