My girl Buzz wasn't alone in her excitement for the Green Lantern panel — Comic-Con fans started camping out in line the night before to get a glimpse of the flick, and probably Ryan Reynolds, too. She was happy to report back that they weren't disappointed. DC Comics brain Geoff Johns kicked it off with the very first teaser trailer, and it was much more satisfying than just that photo we saw last week. Reynolds, Blake Lively, Peter Sarsgaard, and Brit actor Mark Strong came out to talk up the film — even though they're still keeping mum on any spoilery details. Here's Buzz's report from Comic-Con: 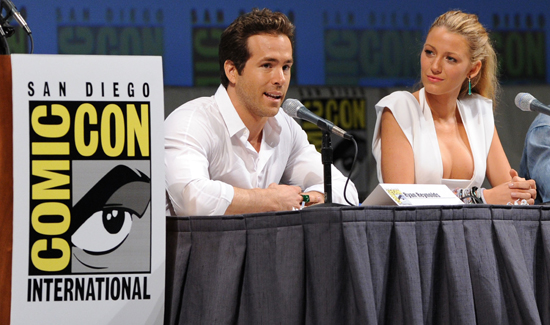 To hear more about the film, read more.

Be sure to check out all of Buzz's Comic-Con coverage and follow her on Twitter for live updates!