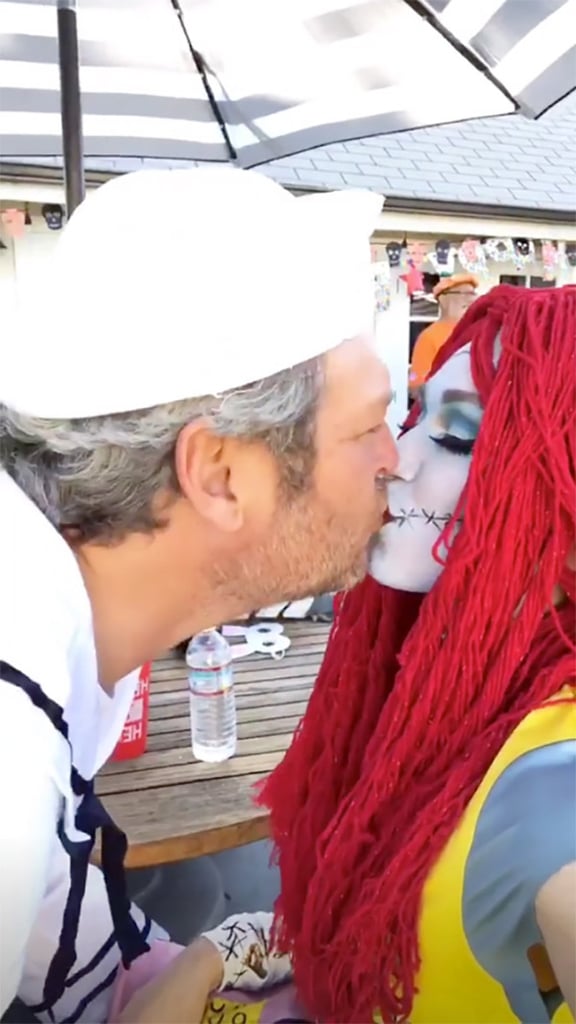 Gwen Stefani and Blake Shelton are feeling the Halloween spirit! Over the weekend, Gwen and Blake dressed up as Sally from Tim Burton's The Nightmare Before Christmas and a sailor, respectively, for her niece Stella's costume-themed birthday party. Gwen's kids also joined in on the fun with Kingston, 12, dressing up as a pirate, Zuma, 10, as SpongeBob SquarePants, and Apollo, 4, as a werewolf. Gwen posted photos from the festivities on her Instagram stories, including a sweet snap of her and Blake sharing a kiss.

Gwen and Blake have been going strong since 2015. "When I was going through my divorce and just hit rock bottom . . . it was a miracle that I met somebody that was going through the same exact thing that I was at the exact same moment in time," Blake previously told Sunday Today, referring to his split from Miranda Lambert and Gwen's separation from Gavin Rossdale. "But now here we are, going on three years later and every day that goes by just feels like a stronger bond between the two of us." Well, you know what they say: the couple that dresses up together, stays together, right?