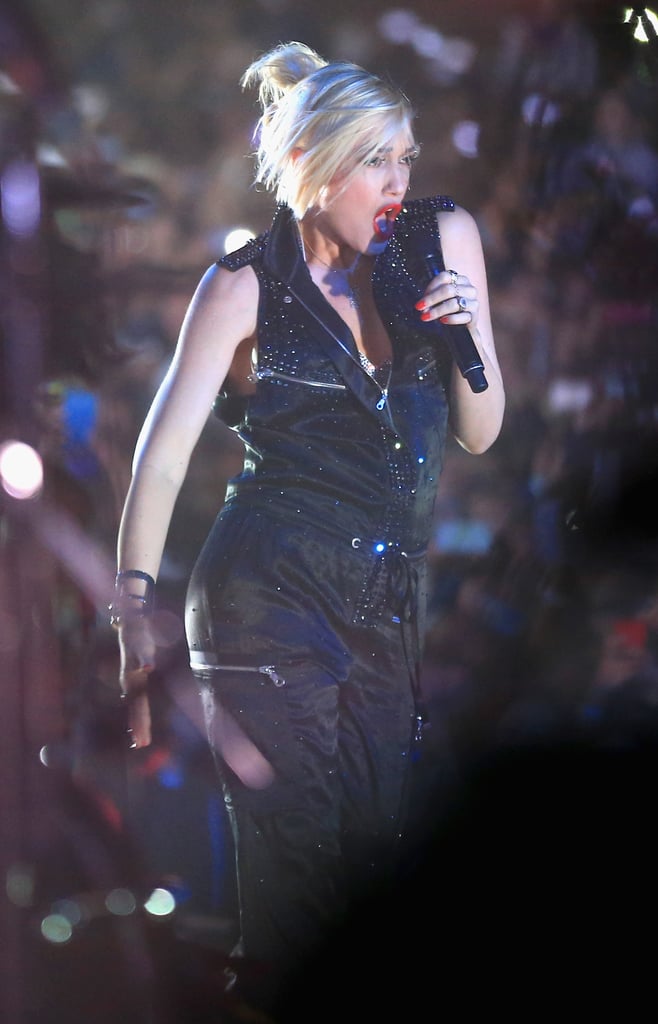 Beyoncé wasn't the only surprise guest at Coachella over the weekend — Gwen Stefani made an unexpected appearance on stage as well! Gwen popped up in a L.A.M.B. collection jumpsuit to sing "Hollaback Girl" with Pharrell Williams, who had already brought out Nelly and Snoop Dogg during his main-stage set on Saturday. Gwen's Coachella moment was even more exciting, since it was her first public outing after giving birth to her third child with husband Gavin Rossdale, Apollo Bowie Flynn, in February. Just six weeks after welcoming the baby boy, Gwen rocked the stage with one of her biggest hits, making for a seriously fun sing-along with the crowd.