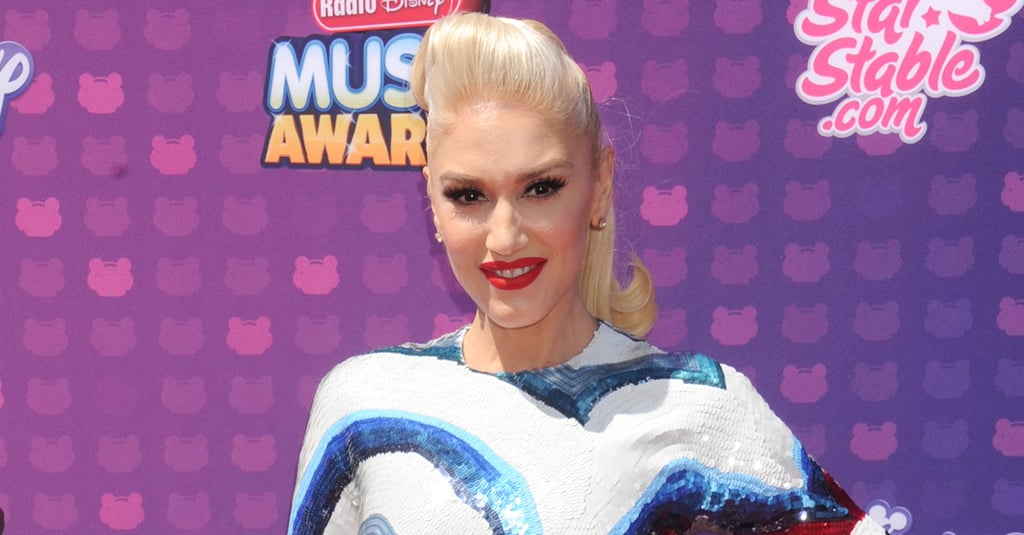 It's been less than a month since Gwen Stefani's divorce from Gavin Rossdale was finalised, but it looks like the "Used to Love You" singer is doing just fine. In a recent interview with Haute Living, the mother of three got refreshingly candid about how her "life has changed dramatically in the last year," saying, "Definitely, my life has gone somewhere else, that's for sure, so maybe my style is reflecting that, which is great. It's always fun to evolve, so I feel good about that."

She also revealed that her now-boyfriend, Blake Shelton, was a great support system in the whole process, adding, "When you're going through a really tough time, there are people that come in your life, like a friend that can help you get through things, and he's definitely one of those people. That's it." Over the weekend, the pop star popped up at the Radio Disney Music Awards with her adorable niece, Stella Stefani, and was later spotted in the audience sitting next to none other than Blake, whom she even kissed before accepting her award. Take a look at their sweetest moments together.