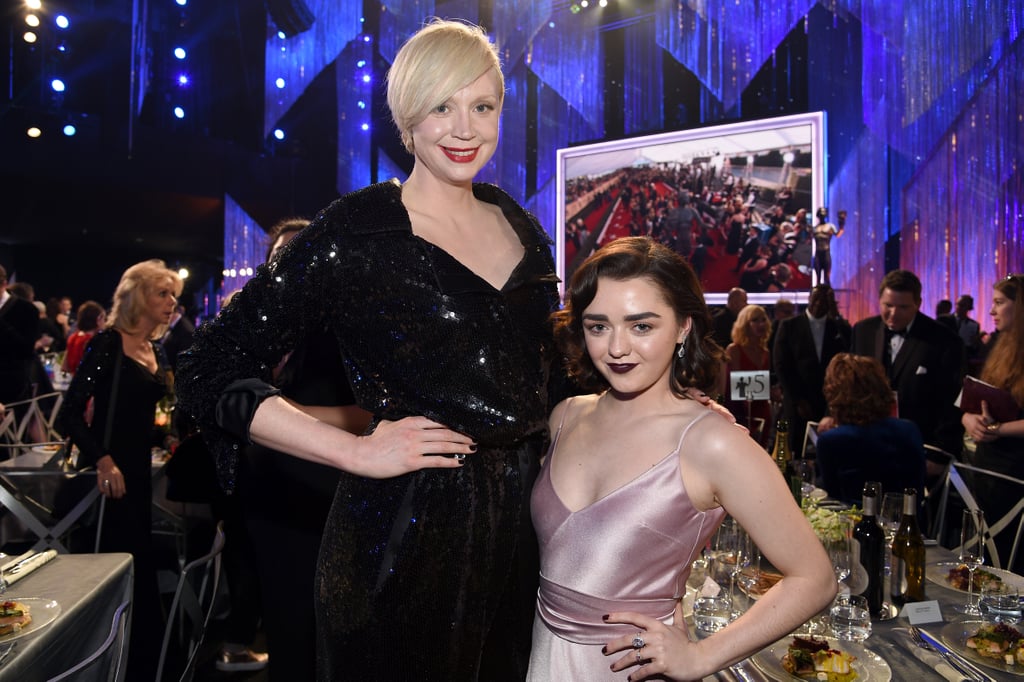 Game of Thrones fans completely lost it when Brienne of Tarth (Gwendoline Christie) and Arya Stark (Maisie Williams) reunited in the seventh season's fourth episode, but as much as we're loving their reignited bond, Gwendoline and Maisie's friendship is even sweeter in real life. The two always seem to have the best time at red carpet events, and in August, they couldn't stop gushing about how much fun they had filming their Game of Thrones scene. "Working with Gwen was great fun," Maisie told EW. "She's been fighting people around the same height as her, and I've been used to fighting people who were close to my height, so we both had a lot to get used to." Gwendoline added, "Oh, it was really fantastic. We worked really hard on it. It's exciting when you learn skills on a job . . . it was exciting to see that development in somebody else too, in Maisie." We can't wait to see where Brienne and Arya end up in the rest of the season.