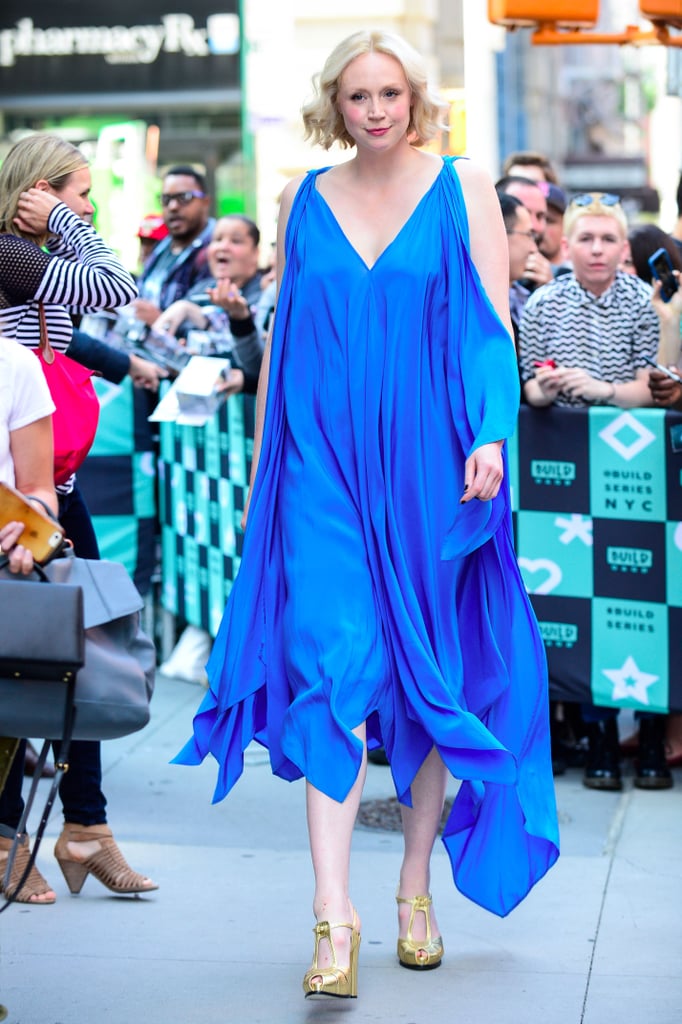 When Gwendoline Christie isn't kicking some serious ass as Brienne of Tarth on Game of Thrones, she's ditching her heavy armour in favour or her more glamorous real-life self. The actress, whose supermodel height comes in at 6'3", stepped out in New York City on Thursday to promote her other hit show, Top of the Lake: China Girl. In addition to looking stunning in a flowy blue dress, Gwendoline also hilariously towered over everyone around her. From her excited fans to her close friend escorting her to her car, she was basically looking down on everyone and everything (but not in a snobby way). We know Jason Momoa isn't on Game of Thrones anymore, but can you imagine a fight scene between Khal Drogo and Brienne? Epic.

British Celebrities
Cat Burns: The Social Media Star Whose Songs Are About to Become Your 2022 Soundtrack
by Izzie Deibe 10 hours ago

British Celebrities
Wimbledon 2022: See All the Celebrities Attending the Tennis Tournament
by Joely Chilcott 2 days ago