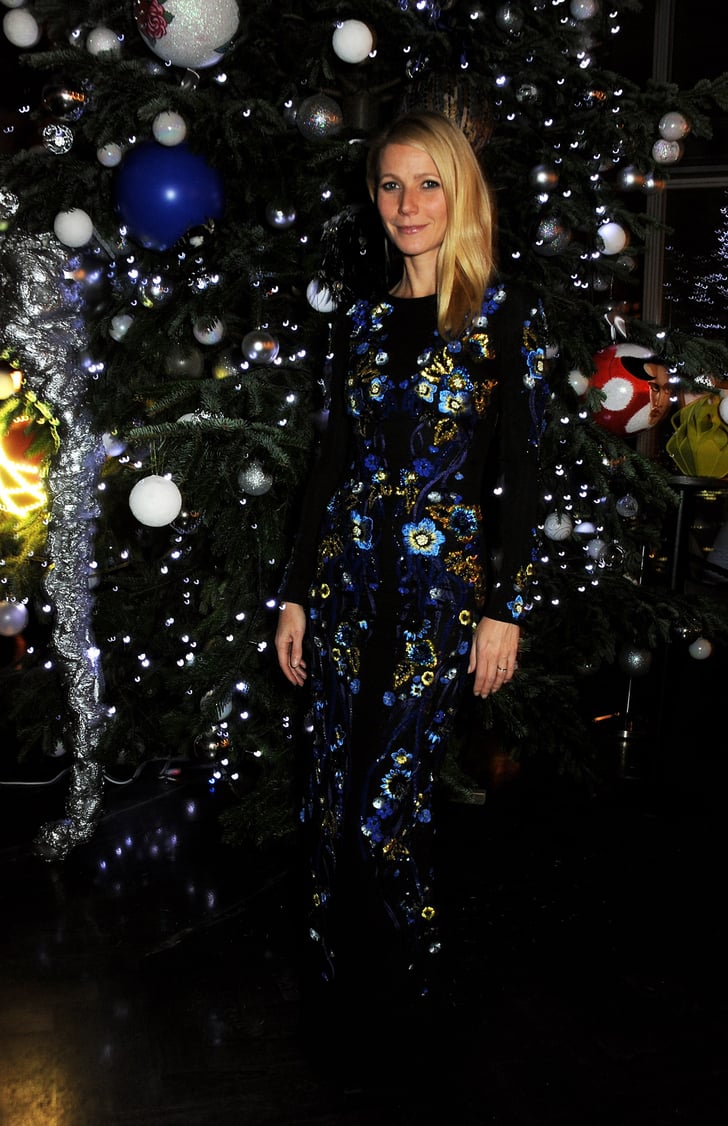 Gwyneth Paltrow blended in with a Christmas tree when she hosted a holiday-themed event with designer Matthew Williamson for Kids Company in London on Monday evening. The actress has temporarily moved back to England while she films her latest project, Mortdecai, in London alongside Johnny Depp and Ewan McGregor. Gwyneth has gotten a head start on Christmas, having helped unveil the holiday windows at the Printemps department store in Paris earlier this month.