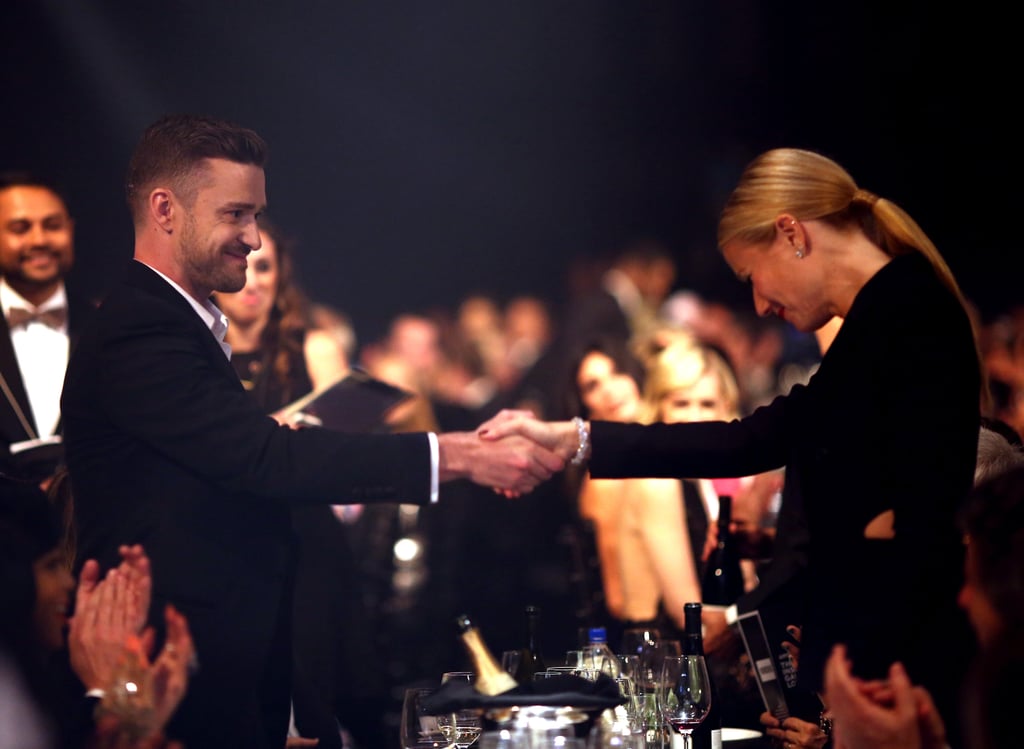 The 2014 amfAR Inspiration Gala in LA on Wednesday night was full of stars, including Alessandra Ambrosio, Kelly Osbourne, Lea Michele, and Molly Sims. Many of them were wearing Tom Ford, since he was being honored at the event, and many of them, like Miley Cyrus and Rihanna, were showing lots of skin.

Gwyneth Paltrow did a little of both in a sexy cutout Tom Ford suit as she walked the red carpet with the designer himself. Inside the dinner, she shared a moment with Justin Timberlake, met up with Rihanna, and later took the stage to introduce her former husband, Chris Martin, before his performance. Gwyneth proclaimed Chris "has won every single award that there is to be won, especially Father of the Year, which he has won consecutively since 2004." The flattering introduction proved that Gwyneth and Chris's friendship remains intact despite reports that Gwyneth had a hand in breaking up Chris and his new girlfriend Jennifer Lawrence.

Hair
Just FYI, Rihanna's Pixie Cut Is Back — and It Feels Like 2012 Again
by Danielle Jackson 07/5