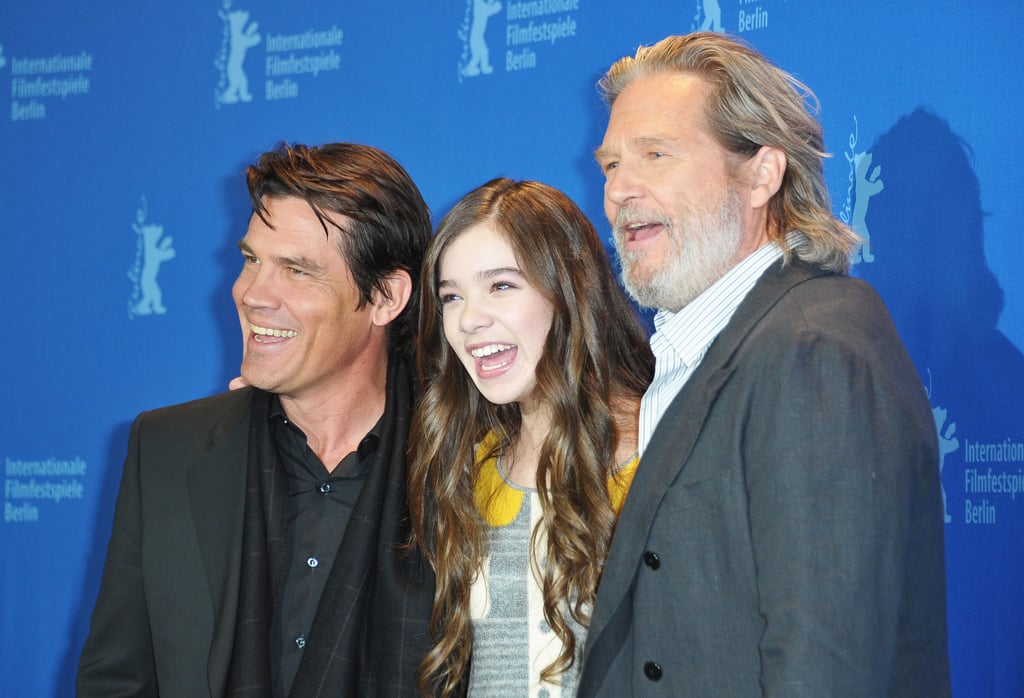 Hailee Steinfeld shared a few laughs with her True Grit leading men, Josh Brolin and Jeff Bridges, at a Berlin photocall for the movie yesterday. Jeff and Hailee headed to Germany to reunite with Josh after attending the Academy Awards Nominees Luncheon in LA earlier this week. Hailee and Jeff each earned a nod for their work in the western, which is also up for best picture. Matt Damon, who will spend this weekend in NYC doing press for The Adjustment Bureau with his dueling healthy-cover costar Emily Blunt, wasn't able to join his cast members in Europe. Even without Damon, the trio helped the movie on its final promotional push before the Oscars.