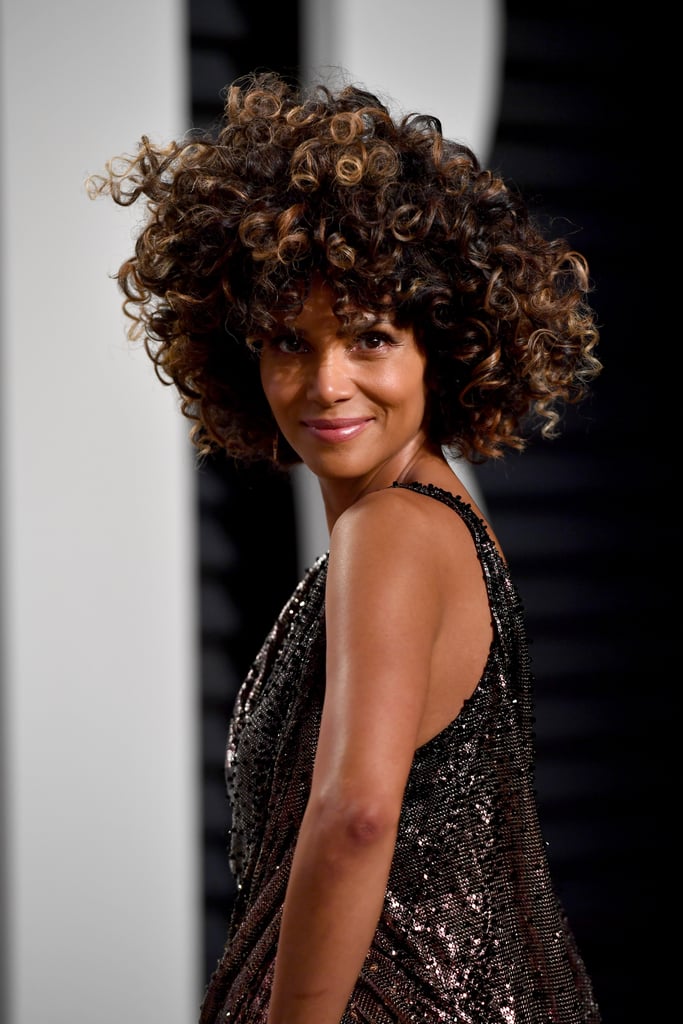 Halle Berry graced the Oscars on Sunday night, 15 years after she won the best actress award — and became the first black woman to do so. The 50-year-old actress made a stunning arrival on the red carpet in a Versace gown that looked even more beautiful as she graced the stage to present Damien Chazelle with his best director trophy. She switched into a shorter, sexier Versace number for the Vanity Fair afterparty, where she mingled with Moonlight writer Tarell Alvin McCraney. After heading home from the bash, Halle posted a video of herself slipping out of her dress and diving into her pool naked, set appropriately to the tune of Bruno Mars' "Versace on the Floor." Follow Halle's night when you scroll through now.