While we know Halle Berry draws the line at beetle nachos when it comes to trying new snacks, she certainly didn't back down from an extraspicy challenge on the most recent episode of YouTube's Hot Ones series. During the interview, Halle snacks on chicken wings covered in extraspicy sauces, like Chocolate Plague and Trinidad Scorpion, all while answering questions about her life and career. But the best part? As the sauces get hotter, Halle faces the wings with a level of bravery that would make any of the X-Men shudder. "I would die eating these wings right now before I lose," Halle says as she chows down.

Apart from absolutely dominating this spicy wing challenge, Halle also gave some insight on some hilarious moments from her past. When asked if she remembers how she celebrated her Academy Award win in 2001, the actress said, "Very shortly after I got that [Oscar] statue, I became inebriated to the point that the whole night is a wash." She added that a photo of her with Elton John is the only memory she has from his afterparty, which comes as no surprise given her whiskey-drinking skills. Watch the full video to see her prize for braving the hottest of hot wings, and, while you're at it, maybe check out how the Jonas Brothers fared on their own superspicy episode of Hot Ones.

Netflix
Can't Get Enough of Blood and Water? Check Out These 7 International Teen Shows on Netflix
by Grayson Gilcrease 1 week ago 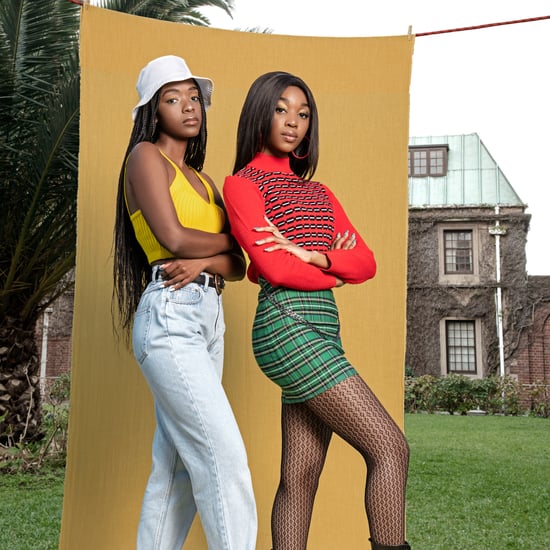