We're just a couple weeks away from The Hangover Part II, the highly anticipated sequel to the 2009 comedy that made Ed Helms, Bradley Cooper, and Zach Galifiankis household names. There's a lot riding on the second part of their story, and the guys sat down with Entertainment Weekly with director Todd Phillipps to talk about the perils of shooting in Thailand and why they'll always keep coming back for more Hangovers. 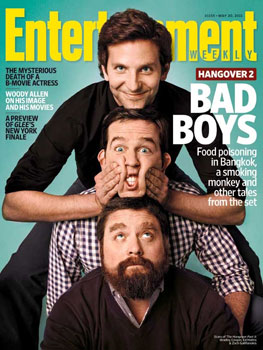